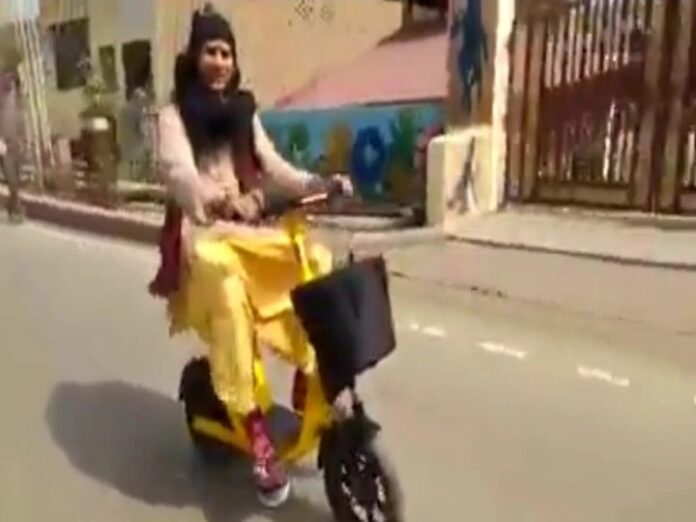 In this sequence, a video of the RJD leader has appeared, in which he is seen riding a unique bicycle. According to the information received, the video is from Vrindavan, where Tej Pratap is seen riding an e-cycle wearing yellow dhoti and a cap on his head. His different style is visible in the video. Also, his bullying is also visible.

Threatened to make a case

Darsal, Tej Pratap is seen riding a bicycle in the video that has surfaced, but the person who is making his video is also seen threatening him. In the video, Tej Pratap is heard saying that you are making the video without permission, we will make a case.

However, later when he came to know that the person making the video was none other than a local journalist, he calmed down and said nothing. Significantly, earlier on the day of Makarsankranti, he was seen riding at his residence in Patna.

Those who know Tej Pratap closely tell that he enjoys living a normal life with simplicity. They never pretend. Tej Pratap never thinks much and does not hesitate to do what the heart does.