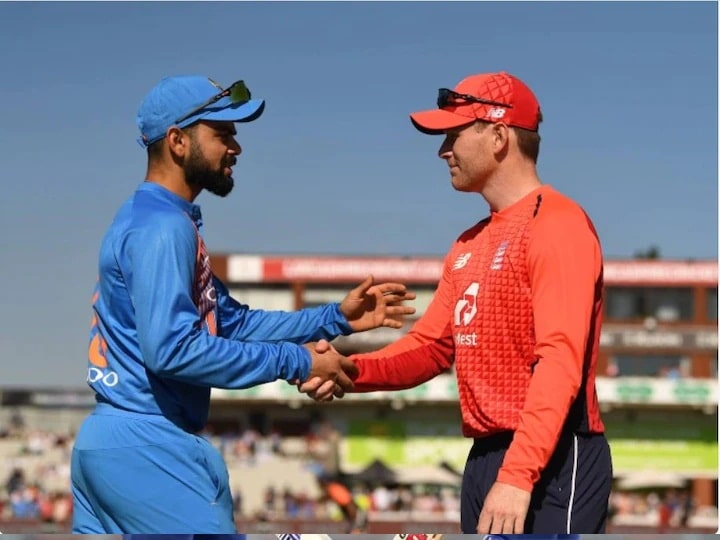 After defeating England in the second T20, India, led by captain Virat Kohli, will take the lead in the third T20 match to be held at the Narendra Modi Stadium here on Tuesday. India had lost by eight wickets in the first T20 match but they defeated England by seven wickets in the second match on Sunday. Ishaan Kishan, who debuted from this match, shone in India’s victory. Ishaan scored 56 off 32 balls and was adjudged Man of the Match for this innings.

According to England captain Eoin Morgan, the pitch spin in the third match can be helpful to bowlers. The Indian bowlers had troubled the English batsmen a lot and only Jason Roy had scored 46 runs from 35 balls for the English team.

If the pitch is helpful to the spinners, then the hopes of Akshar Patel joining the Indian team will increase. Left-arm spinner Akshar had done better in the Test against England recently but he was kept out of the second T20 after losing runs in the first T20 match.

For this match, the Indian team may have the return of opener Rohit Sharma, who was rested from the first two T20s. Rohit can be included in the playing XI instead of the in-form Lokesh Rahul and he can get the opening of the Mumbai Indians along with the player Ishaan.

Mark Wood’s injury is a matter of concern for England, who did well in the first T20 but was ruled out of the second match due to injury. Wood is also suspected of playing in the third T20. Moeen Ali can be given a place in Morgan’s team for this match.

Moin involvement also depends on the pitch. Dew can prove to be a big factor in the match and in such a situation it will be easy to chase, but Morgan said that there was no dew in the last match.

The teams for this match are as follows: