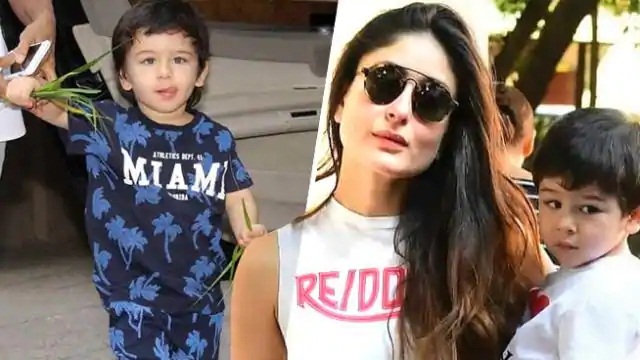 Kareena Kapoor Khan has shared a photo on social media and has ensured that she is spending a lot of time with her younger son as well as her elder son Taimur Ali Khan. Lal Singh Chadha’s actress has not yet revealed the name of her second son and has not shared any photos. Recently, Kareena shared a photo on her Instagram account in which her elder son Taimur Ali Khan appeared to be a chef at home.

In the photo, Taimur Ali Khan looks quite handsome in a white kurta pajama. Kareena Kapoor has shared two cute pictures on her Instagram handle. Fans are very much liking this photo. Talking about the photo, in the first photo, Timur Ali Khan is seen holding a baking tray with cookies. Cookies can be seen closely in the second photo. Which is completely ready to go in the oven. Timur has made cookies as members of his family.

Kareena Kapoor Khan shared both these photos and wrote in the caption, ‘My Man in Frame’. She used two hashtags with Fote which were Chef Team and Favorite Boys.

Several Bollywood stars appeared to be commenting under the photos. Actress Jacqueline Fernandes has shared many heart emojis praising Taimur. This photo has received more than 5 lakh views so far in 4 hours.