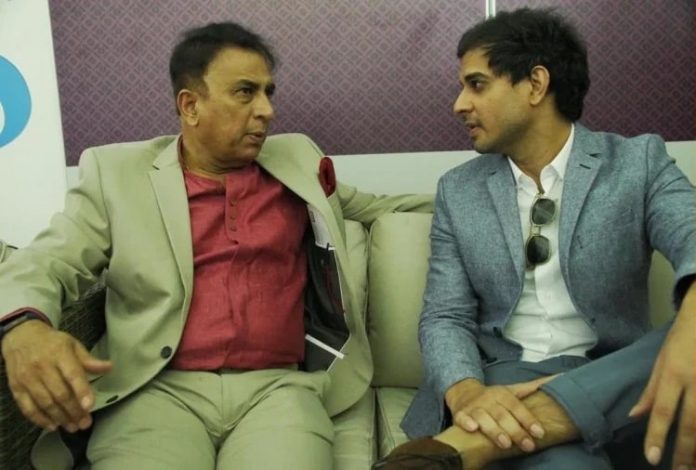 The great Indian batsman Sunil Gavaskar turns 71 today. Tahir Raj Bhasin, who played the role of Sunil Gavaskar in Kabir Khan’s film ’83’, while wishing the iconic cricketer on the occasion, said that he has inspired players of all ages and all sections of our country. On this occasion, Tahir also told that while preparing for the role of Sunil Gavaskar, he had taken into consideration the way of thinking of Gavaskar, known as Little Master. He believes that the input given by this cricketer has been priceless in his preparation process.

Says Tahir, “I wish him all the best for a happy birthday, good health, plenty of energy and a lifetime of happiness. I would like to thank him for producing many generations of sportspersons who have the courage, character strength , Commitment and career have inspired. “Tahir’s long-lasting sessions with the legendary cricketer, as the two continued to interact on the set of film 83.

Tahir, who was last seen in the blockbuster ‘Chhichhore’, says, “These sessions were incredibly encouraging and at the same time Sunil Gavaskar’s arrival on the sets of ’83” caused a panic. One of his simplicity and style aura Is one that mesmerises everyone. “Tahir said that spending time with this master cricketer helped him to read the mind of the game’s champion star and also learn how he faced challenges. It was one thing that he assimilated and this learning remains in his mind even after so long after he finishes shooting the film.

The makers of Tahir’s next big-ticket film ’83’ starring Ranveer Singh have announced that they will release it on Christmas. It is clear that Tahir is excited about this development because the Corona virus epidemic had destroyed all the earlier plans to release it.

He says, “Public health and safety should be the first priority in our new world and I am very happy that once things are back on track and adequate safety norms are implemented, viewers will finally reach theaters to watch the film.” The memories and the scale at which ’83’ is envisaged attracted me to this exciting project. Watching the film with a large audience would make people feel like sitting in a stadium and it would Will increase their enjoyment of movie watching manifold.