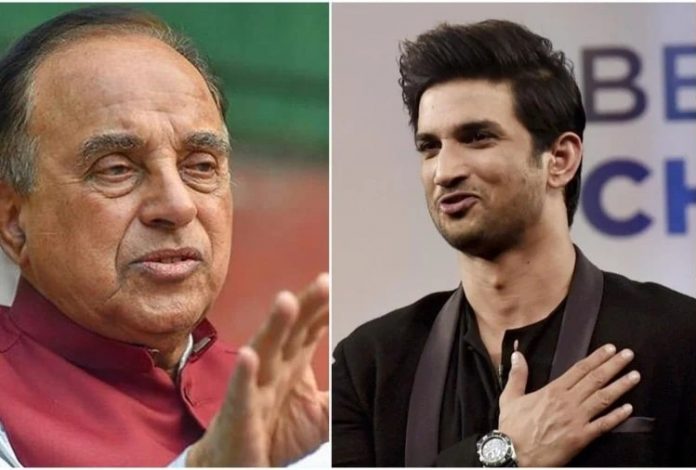 On June 14, Sushant Singh Rajput committed suicide by hanging himself at a Mumbai home. The Mumbai Police is investigating every aspect in this suicide case and has so far recorded statements of more than 32 people. On the other hand, the fans on social media are demanding a CBI inquiry. The latest update in this case is that Subramanian Swamy has appointed a lawyer for CBI investigation in Sushant’s suicide case.

Subramanian Swamy tweeted, “I have asked Ishkaran to initiate a process for a possible CBI inquiry or PIL or criminal complaint in Sushant Singh Rajput’s alleged suicide case.”

He has mentioned in his tweet that Ishkaran Singh Bhandari will collect all the data for a possible CBI investigation or PIL or criminal complaint case. At the same time, #CBIForSonOfBihar is trending on Twitter. And the fans on social media are demanding a CBI inquiry.

Twitter’s praise for Subramanian Swamy’s possible CBI probe in connection with Sushant’s suicide is being appreciated on Twitter. People are thanking Subramanian Swamy. In the postmortem report of Sushant, the cause of Sushant’s death has been told asphyxia. That is, death due to lack of enough oxygen in the body. However, in the case of Sushant, the Mumbai Police is not leaving any angle.

Of course, it has become clear in the postmortem and viscera report that the actor died of suffocation after hanging. But the real reason behind the suicide has not been clear yet. Friends and close friends of Sushant Singh Rajput say that he was a victim of depression for the last few months and was also getting his treatment.