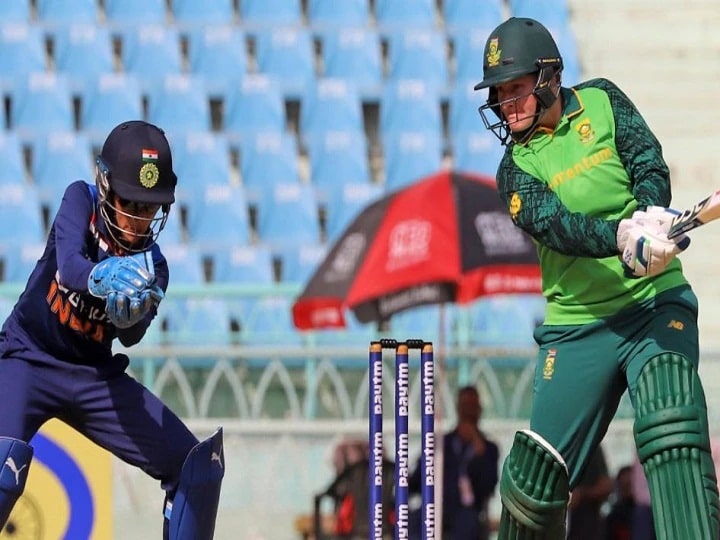 IND Vs SA Women: In the third ODI being played at the Atal Bihari Stadium in Lucknow, the South African women’s cricket team defeated India by 6 runs on the basis of Duckworth Lewis rule. With this victory, the South African team has taken a 2–1 lead in the five-match series.

Batting first, India challenged South Africa to score 249 runs in 50 overs. Chasing this target, South Africa scored 223 runs in 46.3 overs at the loss of four wickets and needed 26 runs from 21 balls to win. But then it started raining. Based on the Duckworth Lewis rule, the South African team was declared the winner by 6 runs.

Chasing a target of 249 runs, South Africa started well. Both openers gave the African team a brilliant start of 41 runs for the first wicket. Lizle Lee gave this difficult target to South Africa with an unbeaten innings of 131 runs very easily.

Earlier, India has set a target of 249 runs in front of South Africa thanks to the half-century of Poonam Raut (77). Batting first after winning the toss, India scored 248 for 5 wickets in the prescribed 50 overs. Poonam scored the highest 77 runs for India.