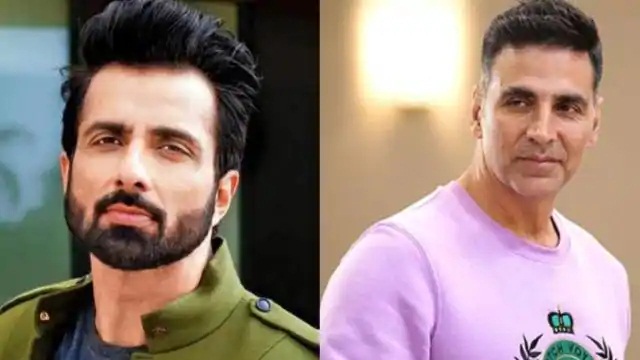 Bollywood actor Sonu Sood has pledged to help the needy in the Corona era. Whether to bring someone home, to build someone’s house or if anyone has any problem, Sonu Sood is always ready to help them. He is in discussion these days because of his work. Now Sonu Sood has told a funny thing about Akshay Kumar. He said that Akshay Kumar notes very fast.

Recently Sonu Sood appeared in Neha Dhupia’s show No Filter Neha Season-5. During this, he was asked about the superpowers of some Bollywood celebrities. Sonu Sood said about Farah Khan, “They don’t need Mike to shout at you.” If she speaks in Mumbai, her voice will be heard till Punjab.

Sushant’s paragliding video went viral, Ankita Lokhande screamed – Guggu Gaya
After this, he said about Akshay Kumar’s superpower, “Note counts very fast, man.” The amount of money one earns is torso torso torso torso. I think the counting machine would have been taken as well, but it would say that there is a big slow count, take it back, let it come. ”

Ankita Lokhande, who became emotional after remembering Sushant Singh Rajput, said- ‘If you were guilty of losing you, you would not let you fly’

Let us tell you that recently Sonu Sood took the responsibility of getting National Karate player surgery. One user wrote on Twitter, “Sir Merry Friend Vijender Kaur is SGFI National Karate Player. In January 7 months ago, he had an injury to his right leg knee during practice. Due to poor financial condition, she is unable to undergo surgery. We sought help at many places but to no avail. Please help the daughter of our country. ”

In response, Sonu Sood wrote, “You will play again.” The report has been shared. You will have surgery in a week. Get ready to stand on your feet my friend. ”