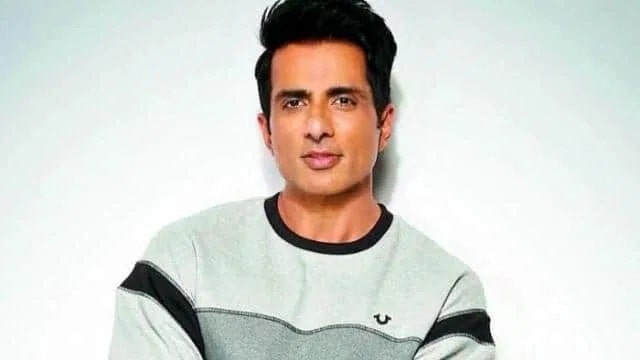 Actor Sonu Sood is very busy these days for the shooting of his upcoming films. Sonu Sood has appeared active on social media in a different way. They never hold back in giving their opinion on every comment and reaction of their fans. The actor recently uploaded a photo of himself with a huge tiffin box on his Instagram handle. This photo of Sonu Sood is attracting everyone’s attention on social media.

Sonu Sood is seen standing in a casual look, holding a very large tiffin box in his hands, making the tiffin appear even taller than him. Let me tell you, Sonu’s height is 6’2 but the tiffin box is looking even taller than them. Sonu Sood shared this photo and wrote in the caption, I thought I was tall. Many stars of the film industry liked this photo and are also commenting.

Talking about the work of Sonu Sood, he will soon be seen in his upcoming three films. Sonu Sood will be seen in his upcoming Telugu action drama film Acharya in which he will be seen playing the pivotal role alongside Chiranjeevi and Kajal Aggarwal, Ram Charan. This film is going to be released on 13 May 2021. At the same time, the actor will also be seen in the Bollywood historical action drama Prithviraj, in which Manushi Chhillar will play the lead role. The film is expected to be released on November 5, 2021.