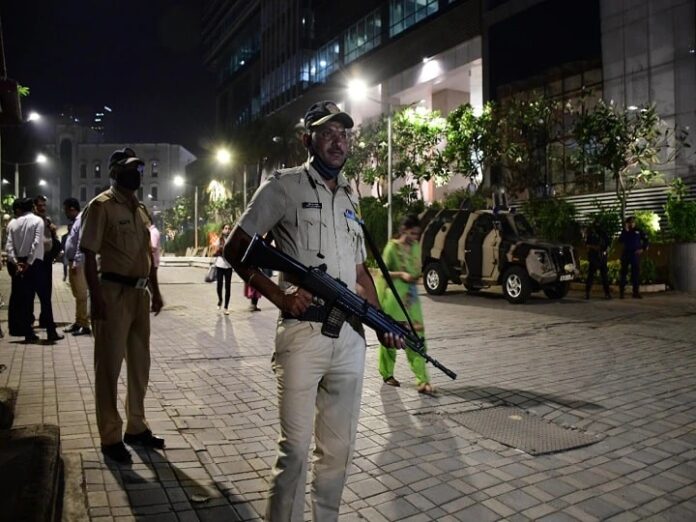 New Delhi:  Two days after the bombings near the Israeli embassy, ​​the police have not found any concrete clue. Not only is the Delhi Police’s Special Cell investigating this case, but the NIA, IB and other investigating agencies are also involved. The Government of India itself is very serious about the investigation of this case and this is also the reason that all the major investigating agencies of the country have been asked to seriously investigate this matter.

The police and other investigating agencies are avoiding making public the important facts related to the investigation of this case, because doing so may affect the investigation somewhere and those who are involved in this whole incident can also be alert. The Indian Intelligence Agency is also claiming that the police and intelligence agencies had long ago said that the Israeli embassy had to increase security, anticipating an attack on the Israeli embassy.

Delhi Police has now covered the crime scene of the bomb blast on APJ Abdul Kalam Road. There was a bomb blast on one side of the road, then on the other side the glass of the cars parked. This is the reason why the crime scene has been covered by tents on both sides of the road and then this route has been opened for traffic. Police officials say that this has been done so that the evidences left on the crime scene are not destroyed and if any investigative agency comes here, then it can gather evidence from here.

No conclusion of investigation yet

There was a bomb blast on APJ Abdul Kalam Road on the evening of 29 January, at around 5: 5 minutes. The blast took place near the Israeli embassy in which 3 cars of glass were burst. Seeing the seriousness of the matter, the Government of India also came into action and a high level meeting was also called in the Ministry of Home Affairs on the night of 29. The FIR of the case was registered by the Special Cell of Delhi Police. The special cell is still investigating, as well as the NIA and IB were also involved in the investigation. Not only this, Israeli officials are also investigating themselves at their own level, Israeli intelligence agency Mossad is also investigating because the target of the blast was the Israeli embassy so far. Despite all this, all the investigating agencies have not reached any kind of conclusion.

Delhi Police sources say that many CCTV cameras have been installed on APJ Abdul Kalam Road and the police have also obtained footage of those cameras, but no concrete clues have been found so far. Several CCTV cameras have also been installed outside the Israeli embassy, ​​but police sources claim that footage of the embassy has not yet been obtained.

Letter found in the name of Israeli embassy

An envelope was also found near the bomb blast on APJ Abdul Kalam Road, which was written by Two Ambassador Israel Embassy and inside it was written that the blast was a trailer. If we want, we can do even bigger blast. You are on our target. After receiving this letter, the investigating agencies have started investigating very seriously. Talking about the beginning, when this explosion took place, Delhi Police officials were repeatedly saying that this is a low intensity bomb blast, which seems to be someone’s prank.

Needle of suspicion on Iran

Sources in the Special Cell say that the needle of suspicion is currently going to terrorist organizations in Iran, because in 2012, the Israeli embassy car was bombed with sticky bombs. The name of Iran’s own organization came out in that too. This time too, the needle of suspicion is turning on the Iranian organization itself, because in the past, some important people of Iran have been murdered, for which Iran is blaming Israel and the way in which the letter It has been found that somewhere more than that, the signal is going towards Iran.

Investigation is going on regarding Jaish-ul-Hind

After the bomb blast, a profile named Jaish-ul-Hind has also appeared on the Telegram app, which has claimed responsibility for the blast. However, police sources say that the name of this organization has come up for the first time. So far it is being ascertained that the profile which has been created with this name on the Telegram app, is being operated from where. From inside the country or from any foreign land. At the same time, it is also being verified that whether or not there is any organization in this way.

Clues are also being collected from mobile dump data

Police sources say that dump data has also been collected from the mobile tower near the APJ Abdul Kalam Road. In order to get accurate information, dump data has been picked up between 4:45 and 5:15, so that the same number can be revealed which are active there around the time of the incident.

Police sources say that it remains a matter of investigation as to what explosives were used in this blast. It is clear from the explosion that it was a low intensity explosive. This is also the reason that after the explosion, the glasses of three vehicles standing at a distance of about 50 to 60 feet were damaged. Apart from this, the impact of the bomb was on the front side. Police sources say that the manner in which the bomb exploded and its pellets came out, it appears that the bomb was not technically advanced.

His shrapnel have turned more towards the front side. Had the technology been better used, the impact of the bomb should have been all around. Apart from this, there is no clue of any timer device in the initial investigation. It is also feared that ammonium nitrate has been used. Also, the ball bearings of the bicycle were installed inside the bomb. Overall, police sources say that so far it is believed that the bomb was made using such material, which is easily available in the local market.

Police say that after the blast, information has been collected from FRRO about Iranian citizens who have come to India from Iran in the last 15 days to 1 month. Apart from this, the details of his passenger have been verified by stopping three international flights going in the evening on 29 February. Apart from the citizens of Iran, the police suspect that students who have come from Iran can also be used as a local tool in this case. Because of this, some Afghan citizens have also been kept under suspicion. However, the police have not yet put forward any concrete facts related to the investigation as doing so may affect the investigation.