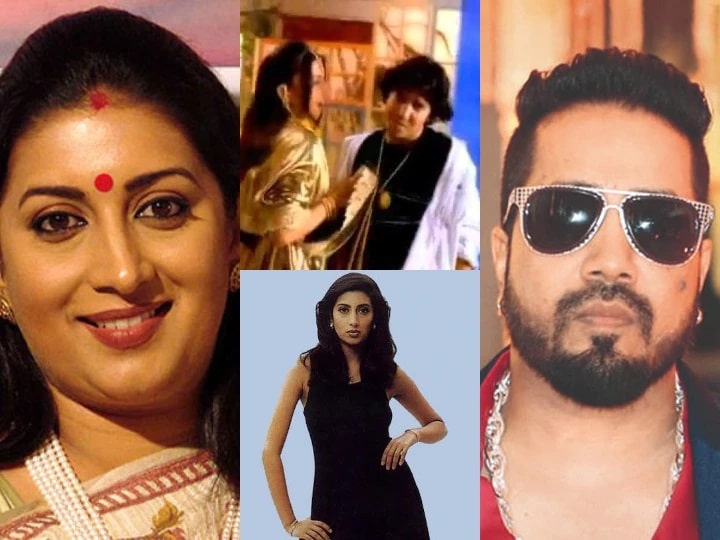 Smriti Irani, who works brilliantly from modeling and then politics everywhere, has worked hard to prove herself everywhere. Smriti Irani is celebrating her 45th birthday today. Smriti Irani started her career from Miss India days. After this, Smriti proved herself to be number one everywhere from dance to acting and politics. When it comes to acting career, everyone remembers Tulsi style of memory. But very few people would know that Smriti has also worked with singer Micah Singh in music videos.

After taking part in the Miss India pageant at the age of 21, Smriti started her journey with a small screen. However, before becoming the daughter-in-law of the small screen, she appeared in the music video ‘Boliyaan’ with singer Micah Singh. In this video, you can see that Smriti was very young. If you look at their earlier and now pictures or videos, there is a lot of difference in them. Seeing this Thobrak style of Smriti, his fans are quite surprised and are praising Smriti’s beauty a lot.

Let us tell you that Smriti Zubin Irani has won the Indian Television Academy Award for five Best Actress, four Indian Tele Awards and eight Star Parivar Award. Union Minister Smriti Irani has been a part of the fashion industry before entering politics. However, he was interested in politics from the days of his studies. This was revealed by Smriti herself in the beauty pageant.

Smriti Irani also got her iron in politics by defeating Rahul Gandhi in Uttar Pradesh’s Amethi seat in Lok Sabha elections 2019. Sometimes Smriti herself mentions her transformation during interviews and also on social media. Some time ago, Smriti, while sharing her old and now picture, wrote ‘Kya kya kya ho ho dekhte hai’.

For information, let us tell you that Smriti Irani is very active on social media. Smriti keeps sharing her photos and videos with her fans on Instagram.