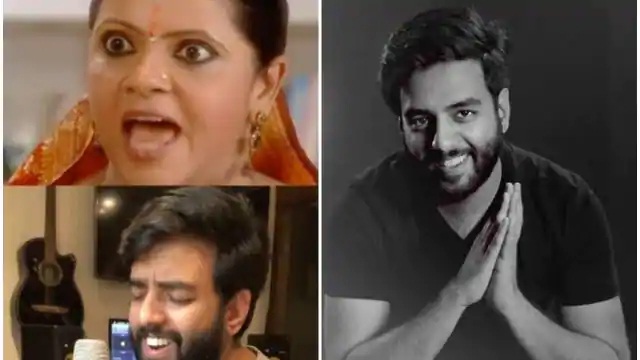 While giving a musical twist to a scene from TV’s popular show ‘Saath Nibhana Saathiya’, Yash Raj Mukte made a mashup song. This video was seen on social media. The popularity of the video is that the ’empty cooker gas gasped, climbed’ line has climbed the people’s tongue. In a recent interview, Yash Raj Mukte openly discussed the video making the scene of Kokilaben, Rashi and Gopi Bahu fun. Not only that, he told that actress Roopal Patel, who played the role of ‘Kokilaben’ in the show, also called him.

Yash Raj said about the overwhelming response to the video, ‘I cannot believe that this has happened. I liked it best when Rupal Patel (Kokilaben) called. He said that he liked the video so much that he had to call. They talked to me for about 10 minutes. It has become my day. ‘

On the question of making this video, she said, ‘I was making a song for someone else. But I didn’t think of anything like that. That’s when I saw this clip on social media and added some beats to it, just for fun. I never expected it to go viral. ‘

This rap video of Yash Raj Mukte received tremendous response on social media and has also received praise from many stars including Bollywood stars Rajkumar Rao, Taapsee Pannu and Varun Dhawan. Regarding increasing popularity after the rap video went viral, Yash Raj said, ‘Till last month I was struggling to increase my followers and now suddenly I have more than 1 lakh followers on YouTube. I expected the future to be in 5-6 years where I am now. I am getting a lot of love from people and a lot of messages are coming.

Yash Raj that she has also been congratulated by many Bollywood producers. His list also includes the name of his favorite Anurag Kashyap. Have they received any Bollywood offers yet? On the question of, he said, ‘I am ready to work on everything that is useful to me at this time. Singing, production work, mixing videos. I hope I will keep doing good work. ‘

Yash Raj of Aurangabad’s journey from an engineer to composer-producer has been very interesting. He told that he started singing with his father from the age of three. Mukhte said, ‘My father sings really well, so I have learned from him. I play guitar and keyboard. I did engineering just to make my mother happy. Later I opened a music studio. Where now I work for 12 hours a day. ‘