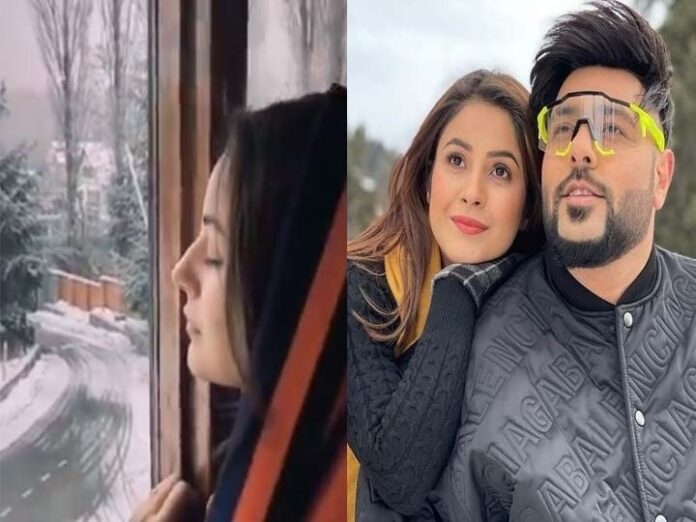 Shahnaz Gill was in Goa on the occasion of New Year. Where he shot his new song with Siddharth Shukla. At the beginning of the second month of this year, Shahnaz has reached Kashmir called Jannat. Where she has reached for the shooting of her new song and there she is also enjoying Snow Fall.

She is doing a new song with Badshah

Shahnaz Gill ‘s new song will now be with singer and rapper Badshah, which is being shot in Kashmir these days. The entire team is present there. So, along with the song, a lot of cold is also being enjoyed there. A picture has also surfaced of both of them, although not much information has been received about this song. But it is being said that this video song will be released at the end of this month or early March.

At the same time, along with the shooting, Shahnaz is enjoying snowfall in the snowy plains. A video of him is going viral in which he is seen staring down the valley from the hotel room and snow is falling outside. Whether this picture or video Shahnaz is looking very beautiful. He has also lost a lot of weight within a year.

Shahnaz Gill is very active on social media and also informs his fans about his upcoming projects. At the same time, one more thing is clear from this video that now the tourists, tourists in the valley ie Kashmir, have started returning. Where before there was a lot of shooting in Kashmir, people were hesitating to go there for the last few years. But now the tweet of tourists has returned there.