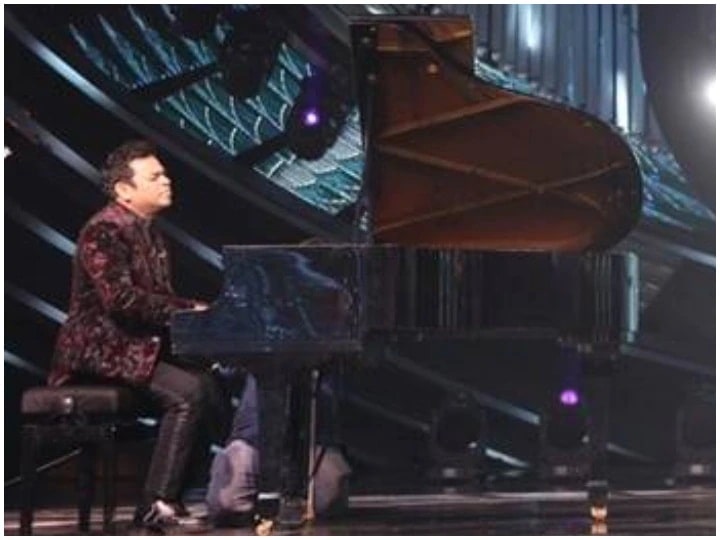 It is rare to see Oscar-winning Indian singer AR Rahman on television shows. Along with this, it is also no surprise that he has been seen singing any of his evergreen songs during a television show. Currently, he has recently appeared on the set of Indian Idol 12 during the promotion of his upcoming film ’99 Songs’. Which will be broadcast on SonyTV.

Actually, SonyTV has shared a small clip on its Instagram page. In which Singer Rahman has been seen singing some lyrics of his famous song ‘Ishq Bina’. Seeing Rahman sing, a contestant on stage appeared very emotional. While Neha Kakkar, one of the judges of Indian Idol 12, cheered Rahman a lot.

Watching the video shared shows that AR Rahman was so impressed with contestant Shanmukhpriya’s performance during the show that he played the piano for her on stage. Shanmukhapriya sang two of Rahman’s songs during the show. Which included the movie Saathiya’s song ‘Uri-Uri’ and the movie ‘Dancer’ of the movie Street Dancer in the year 2020. On which Shanmukhpriya was given a standing ovation by Rahman and the judges of the show. AR Rahman will appear in Indian Idol 12 later this week.

Let us know that the legendary composer of Hindi cinema AR Rahman has now become a musician as well as a director. And he has also written the story of the film ’99 Songs’ in collaboration with well-known director Visvesh Krishnamurthy. In which Ehan Bhatt will be seen in the lead role. At the same time, AR Rahman has not been a producer in this film, but he has also worked as a screenplay writer in it. The film is scheduled to release on 16 April.