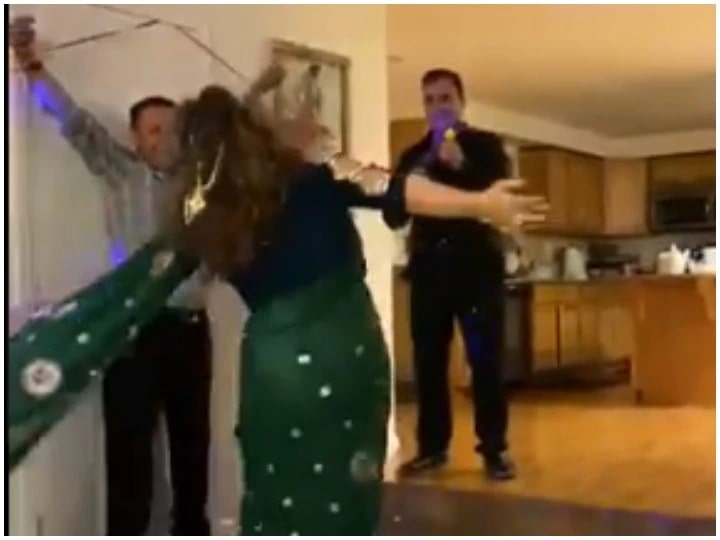 The popular film Sholay is considered a unique film in the world of cinema. The film released in 1975 has been popular not only in India but also abroad. People feel proud to speak the dialogues of the film and hum the song. Even after decades, the craze for people has not diminished. His fame abroad can be understood from the video series of Iran, where a group of people appeared mimicking the famous song ‘Jab Tak Hai Jaane Jahan’.

In the video, partygoers are seen performing on the song of Lata Mangeshkar, along with an Iranian woman wearing a green sari trying to step through the dance steps of Hema Malini. A man is seen playing the role of Dharmendra as Veeru, whose hand is tied to a door while Gabbar is holding a stick.

As it was not enough to make the copy effective, another person can be seen holding a toy gun, which threatens Basanti to dance. Instead of pieces of glass in the video, we see plastic cups on the floor.

The performance of the group in private party is making a splash on the internet. After the video surfaced, it became increasingly viral. Soon Bollywood fans got noticed, who were not only impressed by the love of Hindi cinema of Iranians but were also surprised how the woman copied the dance steps of Hema Malini. Fans affected by the performance are now tagging the film’s main characters Amitabh Bachchan, Dharmendra and Hema Malini to get their attention.