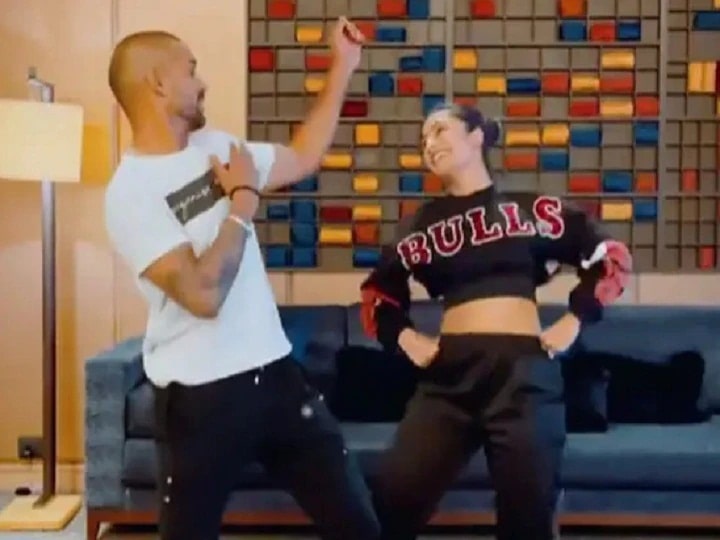 Indian opener batsman Shikhar Dhawan does not hit fours and sixes on the field, he also keeps making a mark with his post on social media. This special style of Gabbar also likes his fans very much. He often shares his photos and videos on social media. A video has surfaced of Dhawan performing brilliantly in the ODI series against England, which is becoming fiercely viral on social media. Dhawan is seen doing Bhangra with Indian spinner Yuzvendra Chahal’s wife Dhanashree Verma in the video. Let us know that Dhanashree is a choreographer and dancer, her dance videos are also well liked and seen on social media.

Both Shikhar Dhawan and Dhanashree Verma have shared this video on their official Instagram, which has created a huge explosion on social media. In the video, both can be seen dancing Bhangra. Millions of people have watched this video so far and all the cricketers are commenting and praising the dance of both of them.

Please tell that Dhanashree Verma was with Yuzvendra Chahal during the India-England series. Chahal has joined the Royal Challengers Bangalore team for IPL preparations. At the same time, Dhawan has joined the Delhi Capital team. This time Delhi Capitals will play this season under the captaincy of Rishabh Pant. Pant has been given the command of the Delhi team for the upcoming season. The team’s regular captain Shreyas Iyer has been ruled out of the tournament due to injury.