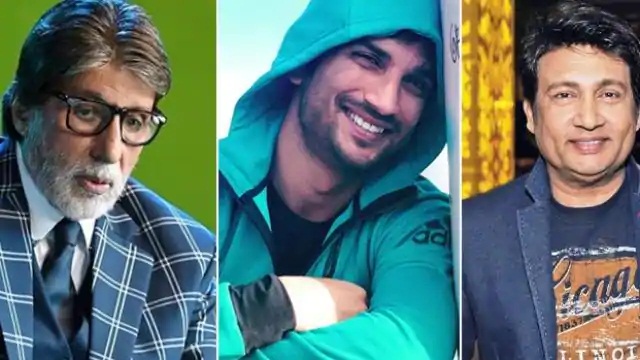 Bollywood actor Shekhar Suman is involved in a campaign to bring justice to Sushant Singh Rajput. Like many other celebs, he too demanded a CBI inquiry into the Sushant case. He often shares posts on social media about Sushant. Meanwhile, Shekhar Suman has responded differently to a tweet by Amitabh Bachchan.

Amitabh Bachchan tweeted, “The loudest sound ever recorded was heard 3000 miles away and its waves made three rounds of the globe.” These sound waves originated from Cracota, an old volcano. On 27 August, that mountain broke. 310 decibels. Human ear drums burst at 150-160 decibels. ”

The loudest sound ever recorded is the Roar of all SSR fans who roared for justice for Sushant right here in India and the sound waves have circled the globe a million times and still circling.#WarriorsRoar4SSR https://t.co/Mf03Lf7R7t

Replying to this tweet, Shekhar Suman wrote, “The loudest voice recorded so far is from the fans of Sushant Singh Rajput, who roared in India to bring justice to Sushant.” Its sound waves made millions of rounds of the globe and are still circling. ”

Significantly, in the Sushant Singh Rajput case, apart from CBI, NCB (Narcotics Control Bureau) and ED (Enforcement Directorate) are investigating from different angles. At the same time, recently the NCB arrested Riya Chakraborty and sent him to 14 days judicial custody. Riya is in Mumbai’s Byculla Jail till 22 September.