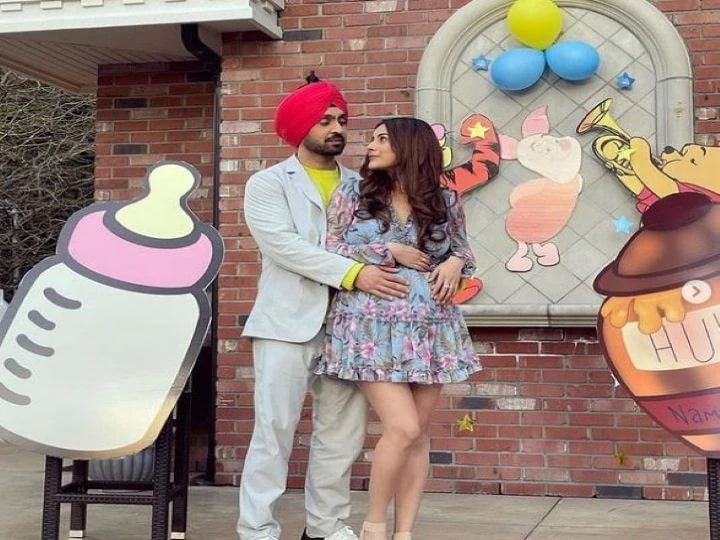 Diljit Dosanjh and Shahnaz Gill will soon be seen in a Punjabi film. Let us know that he has shared the pictures of his upcoming Punjabi film, ‘Hounsla Rakh’ on social media. In the photos, which is currently shooting in Canada, Shahnaz is seen flaunting her baby bump in a floral dress, while Diljit is wearing a yellow sweater and bright turban with a gray suit.

Shahnaz and Diljit shared the picture of the film

In a photo shared on social media, Diljit hugs Shahnaz and puts his hand on his baby bump. At the same time, the background of the picture has also been decorated like a baby shower. In this picture, both Diljit and Shahnaz are posing with a cutout of a bottle of milk and a jar of honey. Shahnaz Gill shared this picture and wrote in the caption, Excited ???? @diljitdosanjh @thindmotionfimls #Shoot Mode On # HonslaRakh.

While sharing this picture, Diljit has written, #HonslaRakh on Dussehra on 15 October 2021.

Likes and comments on fans photo

Fans are fiercely liking and commenting on this picture of Diljit and Shahnaz. A user has posted an emoji of Heart and Fire. Someone wrote, ‘Super excited.’ One user has written, ‘I am very happy to see this picture, just wow, amazing.’

Sonam Bajwa is also working in the film ‘Hausla Rakh’

Please tell that Sonam Bajwa is also in the Punjabi film ‘Hausla Rakh’. For the past few days, Diljit has been constantly updating fans by sharing videos and pictures of the film from the sets that the shooting of the Punjabi film is going on in full swing. Significantly, Diljit is not only acting in this film, but he is also co-producing it with Daljeet Thind, the film is directed by Amarjeet Singh Saron.