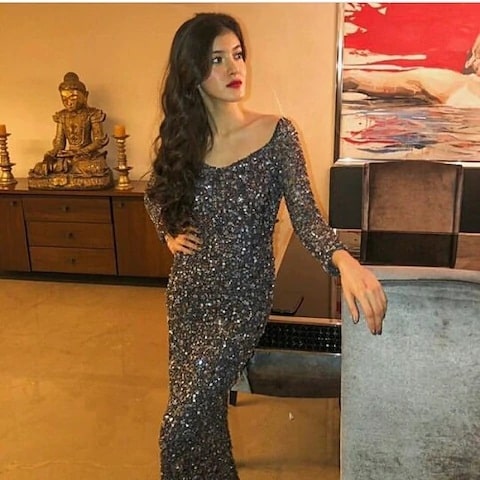 Bollywood actress Shanaya Kapoor is the daughter of actor Sanjay Kapoor. Shanaya Kapoor may not be able to make a mark in the Bollywood industry at the moment because he has not yet made a foray into the film world. But despite all this, Shanaya Kapoor remains very active on social media. Shanaya Kapoor often gets her glamorous photoshoot done. Whether the photo of Shanaya or the video fans are not able to remove their eyesight from them at all. Recently, he has posted such photos again on his Instagram account, which Shahrukh’s daughter Suhana Khan is surprised to see.

A few hours ago, Shanaya Kapoor shared a very glamorous photo in a black dress on her Instagram account. In which he is wearing a black manokini with a trouser. Shanaya is seen lying on the couch in this photo and is seen posing very sizzling. Shanaya is flaunting her perfect slim figure in this photoshoot. His look is worth seeing in every photo. This photoshoot is becoming increasingly viral on social media. Also, the fans are giving their love to these photos.

Shanaya shared this photo and wrote in the caption, ‘When friends say – your crush is in front, do a casual act, then I behave like this’ along with her two besties Suhana Khan and Khushi Kapoor on this photoshoot. Surprised through the comment.