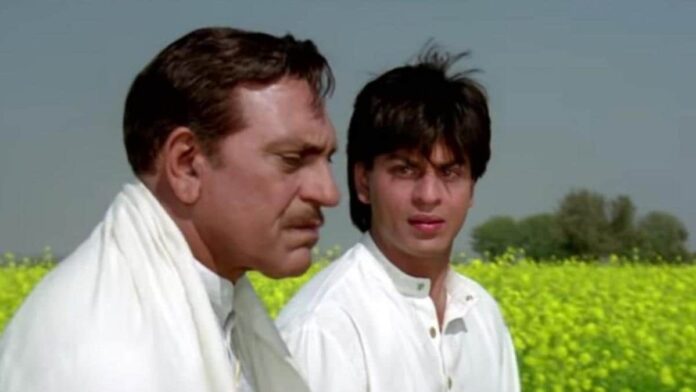 On October 20, 25 years are being completed for Dilwale Dulhania Le Jayenge. The film is still fresh in people’s hearts. Movie scenes and dialogues are still in the discussion today. Actor Shah Rukh Khan, who played the lead role in the film, talked about the scene of the film. Shahrukh Khan told that many scenes of the film were improvised.

Shahrukh Khan told in an interview to Marie Claire – “There were many improv moments in the film, definitely it made the script even better. There was a scene with Amrish Puri, where he was feeding the pigeons. And we actually had this funny scene where both of us are awkwardly saying ‘come, come’ to pigeons. This is for calling pigeons, which I heard in Delhi, so I added it. Even a flower spraying water on Kajol’s face, we did not tell her what would happen. ”

Talking about the set of DDLJ, Shah Rukh wrote – ‘All were like friends on the set, all have a lot of fun. Aditya’s clear vision was where to take the film and what he wanted to say, what he wanted. To be honest, the voices in the film are ours, but the words and feelings are all theirs.

The film which was shown for 20 years, tell that the movie was shown in a theater in Maratha temple in Mumbai for 20 years. This film gave new heights to the careers of Shahrukh Khan and Kajol. The film stabilized Shah Rukh and Kajol as a romantic couple. It was the highest-grossing Indian film of the year.