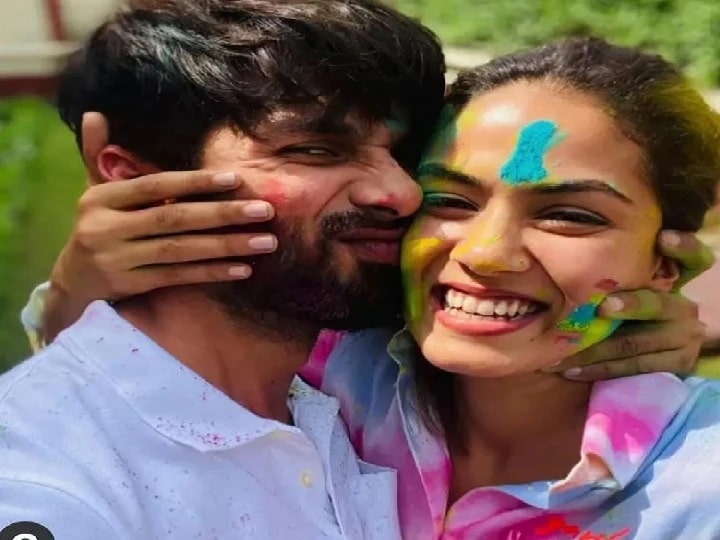 Shahid Kapoor is a cool husband and he has proved it again and again. Actor Shahid does not miss celebrating festivals with family. He is often seen expressing his love for his wife Meera Rajput. While many celebrities wished their fans a happy Holi through social media, the actor of Batti Gul Meter Chalu also took a glimpse of his Holi celebrations with Meera via Instagram.

There was great chemistry seen in video
Shahid has a great video sharing Holly with Mira. In this video, both of them are seen wearing gulal and Shahid is kissing on his wife Meera’s cheeks. Both seem quite happy. However, there is no sound in the video. Shahid is wearing a white T-shirt while Meera is wearing a multi-color T-shirt. In the caption, Jab We Met actor wrote, “Happy Holi”. Along with Ishaan Khattar, Shahid’s fans also commented a lot on this.

Shahid
Shahid Kapoor will be seen in the remake of the Telugu film Jersey, last appeared in Sandeep Reddy’s film Kabir Singh and will now be seen in the Bollywood remake of the Telugu sports drama Jersey. Actor Nani was in the lead role in this Telugu film and it also received an award for Best Telugu. Shahid will be seen playing the role of a cricketer in the film directed by Gautam Tinnanuri. Mrinal Thakur will also play the lead role in the film.