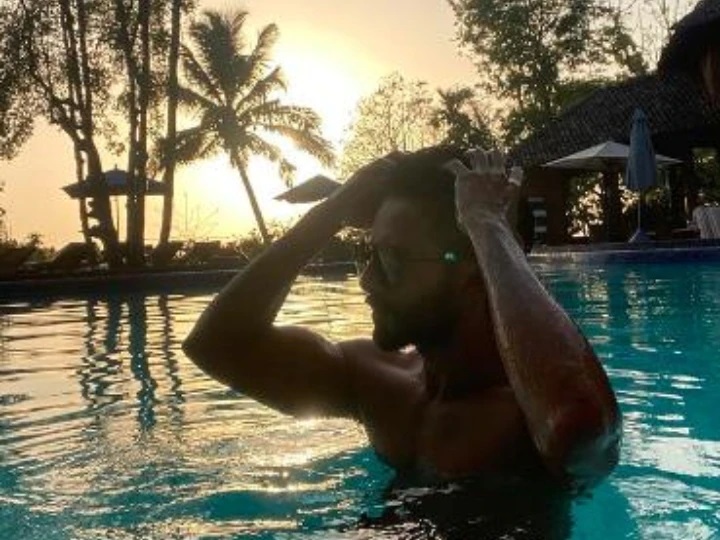 Bollywood actor Shahid Kapoor is often in the headlines due to his looks. His photos and videos on social media are fiercely viral. Shahid is also known for his strong acting. Recently, he has shared a very hot picture on Instagram. This picture also remains the center of attraction among the people. In this picture, Shahid is seen enjoying summer in the swimming pool. This picture of him is being shared fiercely on social media.

Shahid is seen giving a hot look in this picture. He has also put black glasses, which is shooting a lot on him. Shahid’s style is being liked by his fans as well. Fans are fiercely reacting to this picture. It can be seen in the picture that Shahid is enjoying summer by keeping himself away from work. So far more than 7 lakh people have liked this picture of him.

On this photo of Shahid, the fans are fiercely giving their reactions. One user wrote, “Great location. Your style is your identity.” Another user wrote, “You will always be my favorite.” At the same time, a user praised Shahid, “You have no answer in the matter of acting. You are very serious in real life too.” Please tell that Shahid has been away from films for some time. However, his previous film Kabir Singh proved to be a superhit. In this film, Shahid had once again confirmed his place in the hearts of the fans by acting strongly. Kiara Advani also did a tremendous job with him in this film.