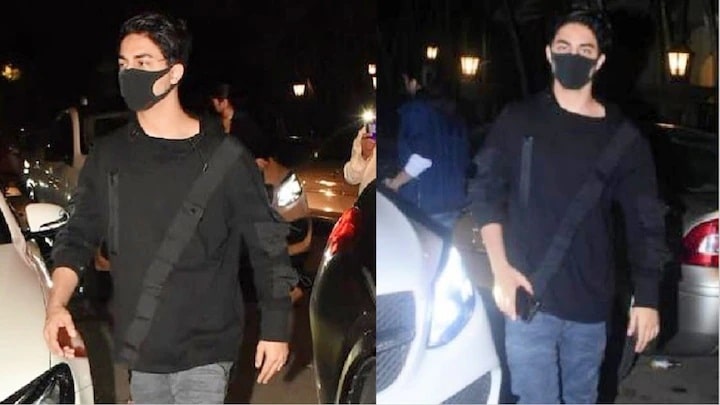 February 5 was the birthday of Ibrahim Khan, son of Saif Ali Khan. On this occasion, Papa Saif had kept a small party at his house. Many star kids also appeared in the party. At the same time, Shah Rukh Khan’s son Aryan Khan also came to join the party. There was a crowd of fans to get a glimpse of Aryan. At the same time, this video is becoming very fast on social media.

Aryan’s fans are also commenting on this viral video. One user wrote, “Stylish like Shahrukh Khan”, while another user wrote, “Style only reveals the individual.” In this video it can be seen that Aryan is looking very dashing in black dress. At the same time, his friends are also seen with him.

Bollywood actress Sara Ali Khan and her brother Ibrahim Ali Khan were spotted near Papa Saif Ali Khan’s house late at night. During this, Sara and Ibrahim applied masks on the mouth. Sara and Ibrahim both looked very good. Saif and Kareena also looked happy on this occasion. Recently, Saif and Kareena have given birth to their second son. In such a situation, this opportunity was very special for both of them.

Both star kids are very active on social media

Ibrahim Ali Khan was recently spotted having fun with his friends at the wedding of Punjab CM Amarinder Singh’s granddaughter. At the same time, Shah Rukh Khan and Gauri Khan’s elder son Aryan Khan is in discussion these days as he participated in the IPL 2021 auction held in Chennai. This was the first time that Aryan Khan had participated in the IPL auction. Let us know that both the star kids are very active on social media.