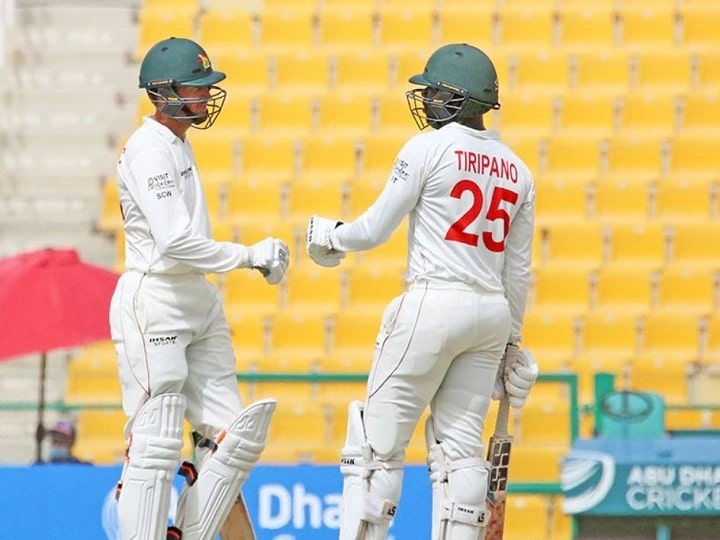 AFG Vs ZIM: The test match being played between Afghanistan and Zimbabwe has reached a very exciting mode on the fourth day. Captain Sean Williams’s century has saved Zimbabwe from an innings defeat by taking him out of a very difficult situation. However, there will be a danger of losing the match on the last day on Zimbabwe.

Sean Williams’s 106 and Donald Tiripano’s unbeaten 63 helped Zimbabwe reach 266 for seven wickets in their second innings until the end of the fourth day’s play. There is an unbeaten 124-run partnership between Sean and Donald for the eighth wicket.

Playing on the follow-on, Zimbabwe started to play ahead of their tomorrow’s score by 24 runs without any loss. At one time, he had lost seven wickets for 142 runs. After this, Sean played the captaincy innings for the team.

Williams hit nine fours and six off 190 balls while Tiripano hit 11 fours in 164 balls. Apart from him, Prince Mesvure contributed 15, Kevin Kasuja 30, T Masakanda 15 and Sikander Raza contributed 22 runs. From Afghanistan, Rashid Khan has got the maximum five and Syed Shirzad and Javed Ahmadi have got one wicket each.