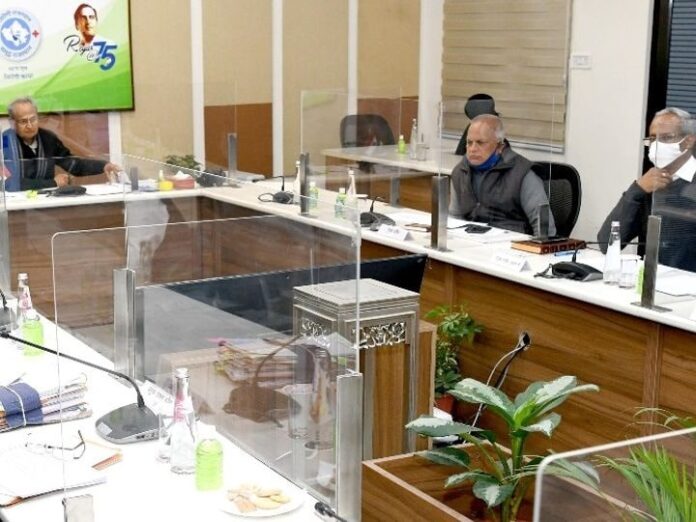 Now children from class 6 to eight will be able to go to school from February 8 across the state. First and second year college classes will also start from February 8. Chief Minister Ashok Gehlot took this decision at the Corona review meeting. College and school going students must follow the Health Protocol. In addition, all cinema halls, theaters and swimming pools etc. will also be opened. There will be an exemption of up to 200 people for social and other events.

Gehlot instructed the authorities to be more vigilant with the cradle of protocols to prevent infection if the presence of students in schools and colleges increases. The CM said that the schools would be allowed to open for students of classes 6 to 8 like the students of classes 9 to 12, with the condition to fully comply with the health protocol with 50 percent attendance. Similarly, for colleges, other conditions including 50 percent attendance in relation to last year students will be applicable for students for the first and second year.

The Chief Minister said that cinema, theater, multiplex etc. will be allowed to open up to 50 percent seats of the total capacity. According to the guidelines issued by the Central Government for the Kumbh Mela (SOP), it has directed to issue new SOPs for various religious fairs to be held in the state.