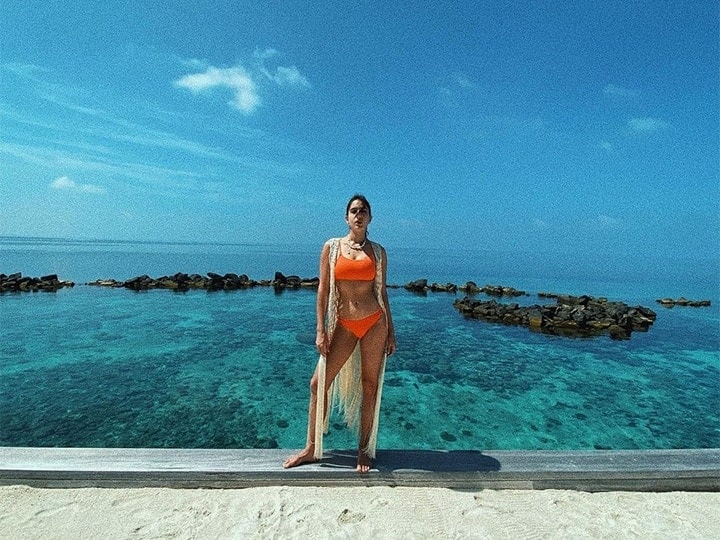 Bollywood actress Sara Ali Khan does not miss a single chance to please her fans. Sometimes she wins the hearts of the fans with her naughty style, sometimes she wreaks havoc with her glamorous look. By the way, often the photos and videos of actresses on social media are going viral. But Sara Ali Khan also keeps sharing photos of her photoshoot from one to the other for her fans. Something similar has been seen this time. When the bikini photo of the actress made a splash on the internet. At the same time, the audience is also leaving no stone unturned to show their love on this photo.

Sara Ali Khan recently shared her glamorous bikini photos on her Instagram account, in which she carries an orange color bikini. Along with sharing the bikini photos, the actress wrote in the caption, ‘Your daily dose of Vitamin C ????????????’. The orange colored bikini of the actress is becoming quite viral. In these photos, the whole sea is enjoying the sunshine. The view of the sea blue waves and the open sky just behind them looks very beautiful.

Let me tell you, Sara Ali Khan is more active on social media. Where she keeps sharing photos and videos related to her personal life with her fans. Earlier, Sara Ali Khan shared a video which became quite viral.