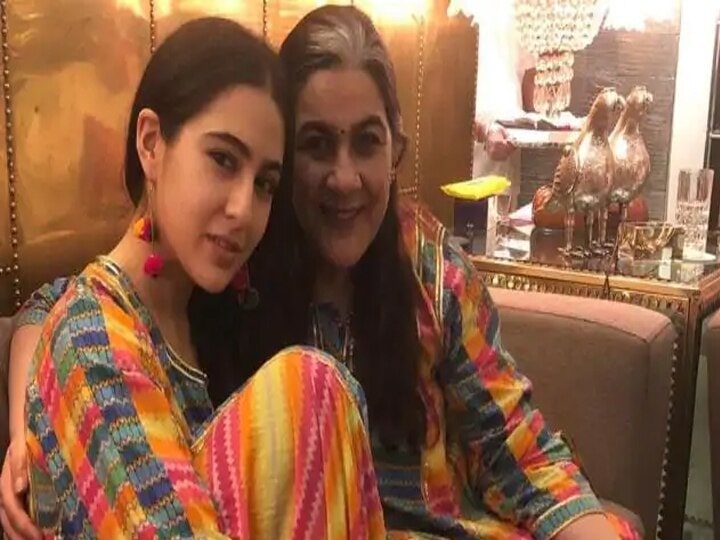 Bollywood actor Saif Ali Khan has done two weddings in his life. Saif first married Amrita Singh in 1991 against the wishes of his family members. Saif held the hand of actress Amrita Singh, 13 years older than her. Saif’s Amrita Singh had two children, Sara Ali Khan and Ibrahim. After having two children, Amrita and Saif’s relationship started to sour and both of them got divorced in the year 2004. Amrita Singh took responsibility for both the children.

After this, the proximity of Saif Ali Khan and Kareena Kapoor began to be discussed everywhere. In the year 2012, both of them got married. But Amrita Singh handled the relationship of the two with great maturity. Not only this, Amrita Singh prepared her daughter with her own hands to go to her husband’s wedding. Amrita Singh gifted her daughter by buying a very beautiful lehenga from designers Abu Jani and Sandeep Khosla. Sara wore necklaces and earrings with an Anarkali suit at her father’s wedding.

Sara Ali Khan was prepared by Amrita Singh to go to her father’s second marriage, read what was the whole matter…

Let us tell you that there is a very good bond between Sara Ali Khan and Kareena Kapoor. During an interview, Sara Ali Khan had said, ‘Kareena Kapoor Khan treats me like a friend. We both have a very clear relationship. There is no doubt about it.’