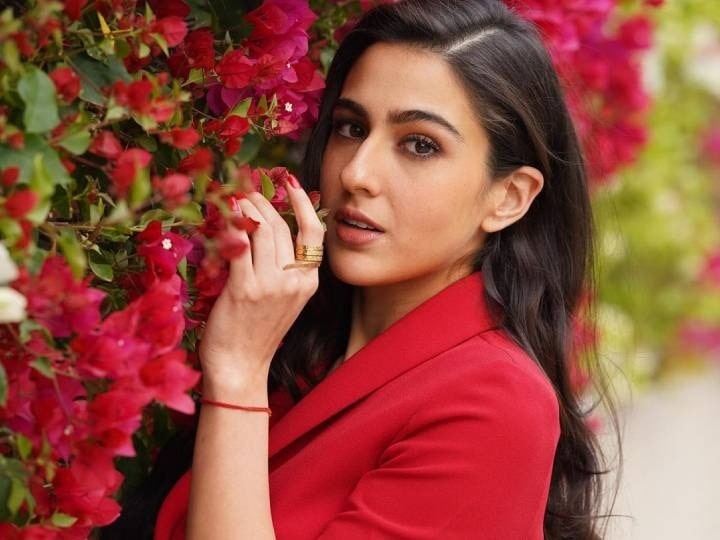 In the Pataudi family, a young guest was born just a few days ago, whose news is becoming very trending on social media. Kareena Kapoor Khan and Saif Ali Khan have now brought the little guest to their house. The entire Bollywood is giving a lot of congratulations to this couple and at the same time many celebrities are reaching home to see Timur’s younger brother. Now a video is being seen a lot on social media in which Sara Ali Khan has reached Saif Ali Khan’s house to meet her youngest brother.

A video of actress Sara Ali Khan has appeared in which she was seen carrying several gifts in her hands while getting off the car. While looking at the camera, Sara was seen entering Saif Ali Khan’s house. In the video, Sara Ali Khan is wearing a green short jumpsuit. At the same time, he has his face covered with a mask. This video has been watched more than 40,000 times so far. In this video, she is also seen meeting someone. Although the person was wearing a mask, it is difficult to identify them.

Let us tell you, Kareena Kapoor Khan gave birth to her second son in the morning on 21 February. So far, no photos of his second son have been revealed as to how he looks.