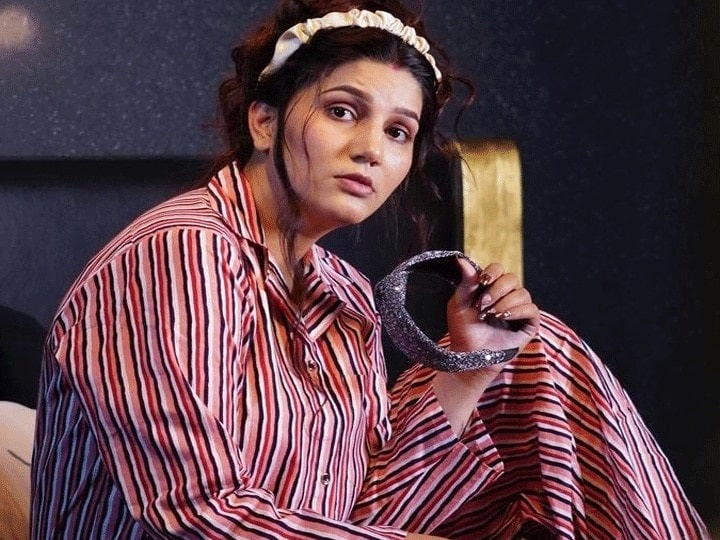 With time Sapna Chowdhury (Sapna Choudhary) are becoming very stylish, glamorous. Initially, where Sapna was seen only in a suit salwar, then slowly she started carrying sari and other dresses. At the same time, today’s dream seems completely changed. She has already become very stylish and appears in most western outfits and her style is also pleasing to the fans. At the same time, this time Sapna has shared pictures in Night Wear leaving suit salwar, western outfits and has also written funny captions.

Sapna was seen in stylish sleepwear

Sapna Chaudhary is seen in very stylish sleepwear in these pictures. In one photo, where she is seen blushing and has taken a lot of hairbands in her hand, in the second picture, Sapna is looking at the camera and here she has also held a hairband in her hand. At the same time, there is a more funny caption than the photos in which Sapna Chaudhary has written that how glamorous she looks in pajamas too.

By the way, this is not the first time that Sapna has seen such a style, but even before that she has caused havoc in this way.

Sapna Chaudhary is making a splash in new songs

Talking about the workfront, Sapna is very busy as many video songs are being released one after the other, while she is also associated with a show of End TV called Mouka A Vardat. Talking about songs, his anklet silver, Gundi, Nakto and Bateu miser are becoming very popular recently. Fans are very fond of the dream in these songs. All the songs are very popular on YouTube.