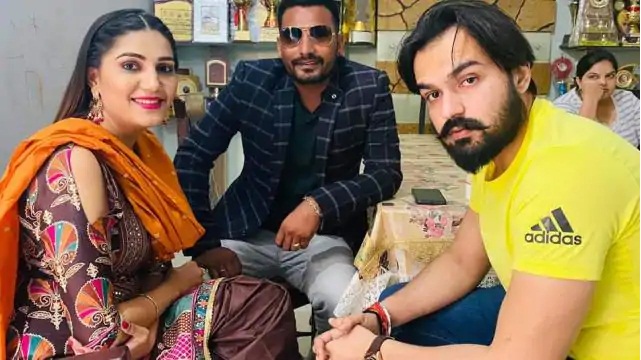 Haryanvi Queen Sapna Chaudhary has recently become a mother. She got married to Haryana’s singer-writer Veer Sahu earlier this year. After this news came out, some people started raising questions about Sapna’s marriage and her becoming a mother, then her husband Veer Sahu was infuriated and she took a fierce class of trolls.

Veer Sahu told fans through Facebook Live that he had become a father. With this, he gave a befitting reply to those who are raising questions about his marriage. Veer said that I was married, son, what do you mean? Veer said if my uncle died after marriage, did anyone ask?

Veer expressed resentment against the people who commented incorrectly against Sapna and heard them fiercely. He said that we are being asked questions like we have thrown a robbery or killed someone. You do not respect anyone’s sister or daughter. Veer said angrily that if you listen to the story of Sapna, tears will come in your eyes. Along with this, he said to always support Sapna.

Charan Singh Sehrawat, PRO of Sapna has confirmed the news of Sapna becoming a mother in a conversation with Hindustan Live. She told that Sapna Chaudhary has given birth to Baby Vboy on 4 October. Regarding Sapna’s marriage, he said that in January this year, Sapna married a court marriage to Veer Sahu.

He further told that by organizing a program to tell everyone about this marriage but at the same time Veer Sahu’s uncle died. Due to this, the program was postponed but then later the country was locked in due to Corona. Due to this, Sapna could not provide her wedding details to the fans.