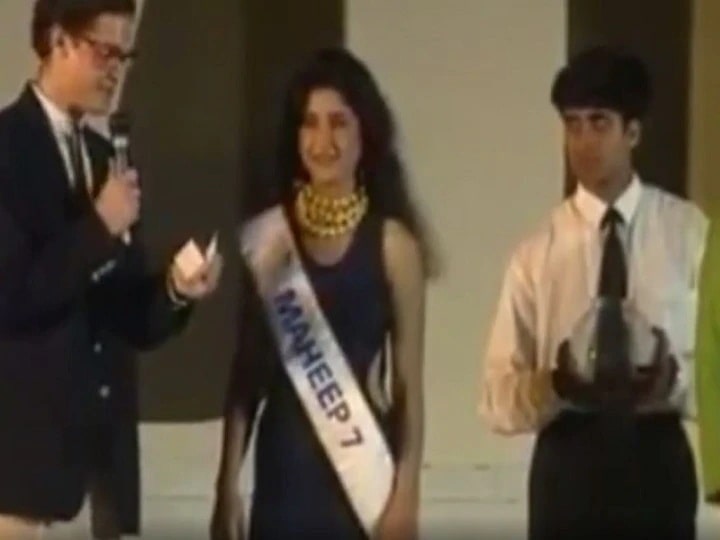 Jewelery designer Maheep Kapoor is often in the discussion on social media for his different style. This time, Maheep has shared an old video which his fans are very fond of. This video is during the year 1993 Miss India. Maheep was a finalist in it.

Maheep has shared a clip of the question-answer round. In the same year, Namrata Shirodkar won Miss India and Pooja Batra got the third place. Maheep Kapoor was asked the question, ‘If you see live fashion shows, animals crawling on the ramp, what will you do? To this he replied, ‘I will avoid him and I will go on.’ Sharing this video, Maheep Kapoor wrote, ‘Miss India 1993 Finalist. long time ago.’

In the comment section, Miss India 1993 winner Namrata Shirodkar replied, ‘We both shared a platform.’ Maheep’s friend and actress Malaika Arora said, ‘You still do like this and keep going.’

Meanwhile, Namrata Shirodkar was asked, ‘What will you do if you wake up one day and find Dracula on your bed?’ He replied, ‘Well, I will be really scared but I will befriend her.’

Maheep married actor Sanjay Kapoor, and recently appeared in the Netflix series The Fabulous Lives of Bollywood Wives. The show was based on the wife of four-stars. Bhavna Pandey, Neelam Kothari, Seema Khan and Maheep were seen in it.