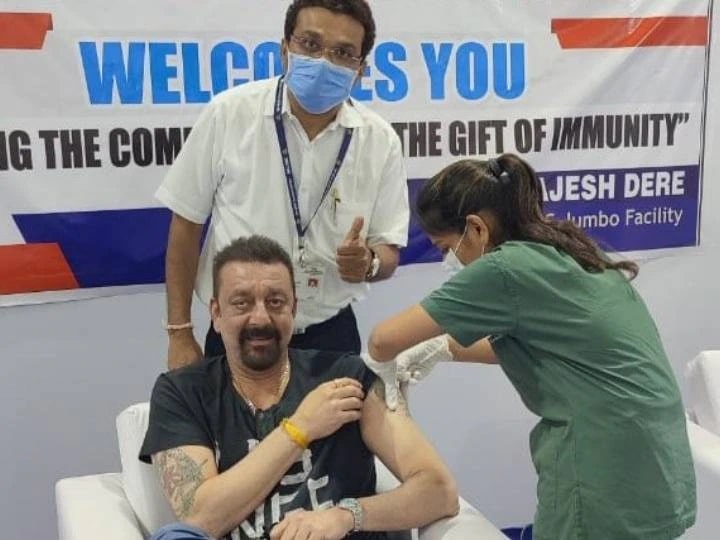 Bollywood veteran actor Sanjay Dutt has recently recovered from cancer and is taking great care of his health. By tweeting a few hours ago, he has informed that he has got the first vaccine of Kovid-19 vaccine. He administered this vaccine at the BKC Vaccine Center. Along with this, he also congratulated the doctor and his team here.

Sanjay Dutt has also shared a picture with this information. In this picture, he is seen taking the vaccine and posing smilingly for the photo. Sharing this picture, he wrote in a tweet, “I have taken the first dose of Kovid-19 vaccine at BKC Vaccine Center today.” Sanjay also thanked the doctor who vaccinated him and his team.

Sanjay Dutt further wrote in the tweet, “I congratulate Dr. Dhere and his entire team that he is doing a great job! I have a lot of love and respect for him and his hard work, Jai Hind.” Let us tell you that many celebs have got Kovid-19 vaccine up to 60 years before Sanjay Dutt.

Received my first shot of the COVID-19 vaccine today at the BKC vaccine center.
I want to congratulate Dr. Dhere and his entire team for doing such a wonderful job! I have so much love & respect for them & their hard work. Jai Hind! pic.twitter.com/LcSNoAsf0G

Second wave of Corona in the country

To tackle the corona virus epidemic in the country, where the government is doing vaccination, at the same time, the second wave of this virus has also started. Maharashtra is greatly affected by this. Lockdown has also been started in many places in Maharashtra. In such a situation, the danger is not less in the capital of Maharashtra and Mumbai. All the celebs living in Mumbai are defending this.