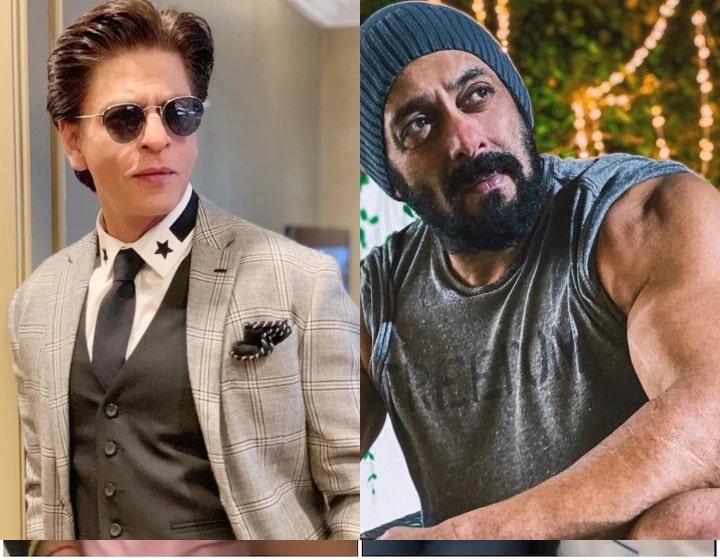 Fans are quite excited about Bollywood king Shahrukh Khan’s next film Pathan. At the same time, Salman Khan’s fans are also waiting for the release of this film. Actually, both superstars are going to be seen together. Salman will be seen doing cameos in this film. Also, his ‘Ek Tha Tiger’ look will also be seen.

This film is going to be made under the banner of Yash Raj Production. According to a media report, in this film, Salman Khan is going to save Shahrukh Khan by becoming a tiger. At the same time, Salman’s entry in this film is also going to be bang. According to the news, in a scene, Shah Rukh will be surrounded by enemies, only then Salman will rescue him. Even before this, he had created such a scene in ‘Tiger Zinda Hai’.

Fans waiting for the film to be released

Fans of this film are eagerly waiting. Also, in this film, the Shah Rukh-Salman duo is also expected to get a lot of love from the fans. Salman’s next film ‘Radhey’ will be released on the occasion of Eid this year. But the date for the release of ‘Pathan’ has not been decided yet. Let me tell you that these days the shooting of the film ‘Pathan’ is going on in Dubai. Shah Rukh’s opposite Deepika will be seen in the film, the same actor John Abraham will also be seen in an important role. Salman will be seen doing a cameo in Pathan.

Both of them worked together in the film Karan Arjun

Shahrukh and Salman worked in the film Karan Arjun. In this film, the pair of both were very much liked and they also started to be called Karan-Arjun of Bollywood. After this film, both of them were seen together in the film ‘Hum Tumhare Sanam’. Whenever the pair of Salman and Shah Rukh have appeared on the screen, the fans liked it a lot. Even before this, both have done cameos in each other’s films many times. Salman played a small character named Aman in Shahrukh’s film Kuch Kuch Hota Hai. At the same time, Shah Rukh did cameos in Salman’s films ‘Tubelight’ and ‘Har Dil Jo Pyaar Karega’.