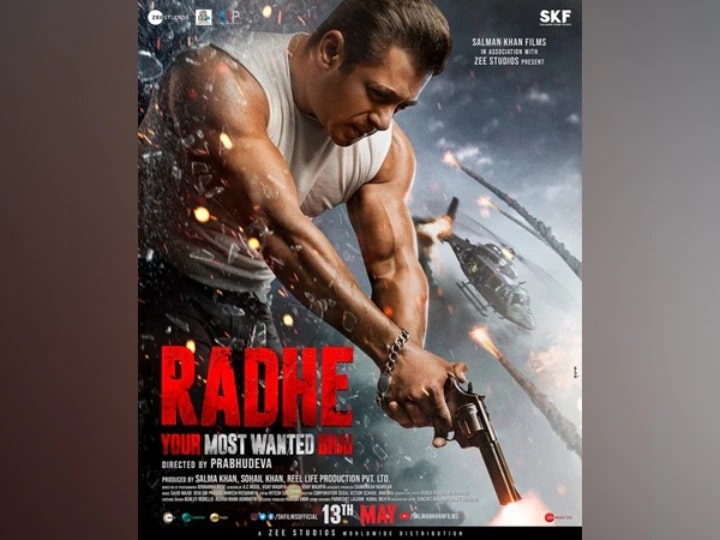 Bollywood superstar Salman Khan’s next film ‘Radhey’ is going to be released on May 13, 2021. Salman has given information about this by sharing a poster of the film on his Twitter handle. Salman has said that this film will be released on a pre-determined date. Salman’s fans are eagerly awaiting the release of this film.

Giving information, Salman said that this film will be released on 13 May. While sharing the poster of the film, Salman wrote, “I had committed Eid, the film will come on Eid. Because once I …” He has also shared the #RadheOn13thMay aur # 2MonthsToRadhe hashtag with this caption.

The poster of the film is very impressive

The poster of the film is also very impressive. It can be seen in this poster that Salman is seen in action mode. The poster of the film itself shows how powerful this film is going to be. However, after the release of the film, it will be clear that how much the film can earn this year. Please tell that Salman releases his film every year on the occasion of Eid. Let us know that this film is going to be released on Eid this year. Disha Patani, Randeep Hooda, Jackie Shroff, Gautam Gulati and Sudhanshu Pandey are playing important roles in the film.

This film will be released in theaters

This film will be released in theaters only. The film will be one of the biggest films of the year 2021. Sharee Patel, CBO of Zee Studios, said that he is very excited about the release of these films. He said that this film will make a splash at the box office and will stand on the trust of Salman’s fans.