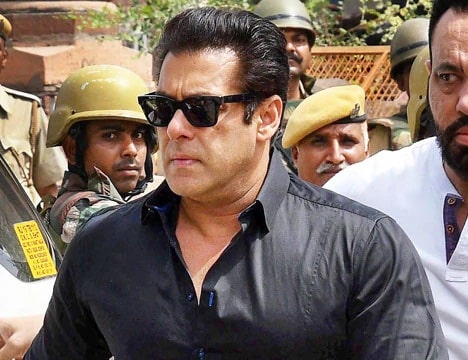 The Jodhpur bench of the High Court granted this relief, accepting the plea of ​​the actor’s lawyer. In the plea, Khan’s health was cited as a threat to travel from Mumbai to Jodhpur during the Kovid-19 epidemic.

A bench of Chief Justice Inderjit Mahanti and Justice Dinesh Mehta also accepted the plea of ​​Salman’s lawyer HM Saraswat that his client’s plea could also lead to law and order problems if a large crowd gathered in the court premises. Saraswat said that the court has allowed Salman to appear in the District and Sessions Court through video conference during the hearing of the case on February 6.

What’s the whole matter
22 years ago in September 1998, Salman Khan was shooting for the film ‘Hum Saath Saath Hain’ in Jodhpur. Meanwhile, in the Salman Khan film, the actors Saif Ali Khan, Sonali Bendre, Tabu and Neelam have been accused that the film stars hunted the protected black deer. The hunting dates were stated to be 27 September, 28 September, 01 October and 02 October. Fellow actors were accused of abetting Salman for hunting. Salman Khan has been convicted by CJM Rural Court Jodhpur in Kankani deer hunting. Was acquitted while absolving other stars.

These cases were filed – four cases were registered against Salman in the victim case. Two different cases for hunting of two chinkaras in Mathania and Bhavad. On hunting of black deer in Kankani, in which Jodhpur court has convicted Salman. To keep rifles of .32 and .22 bore even after the license expires. The fourth case was registered under the Arms Act. In this too, the court acquitted Salman Khan.