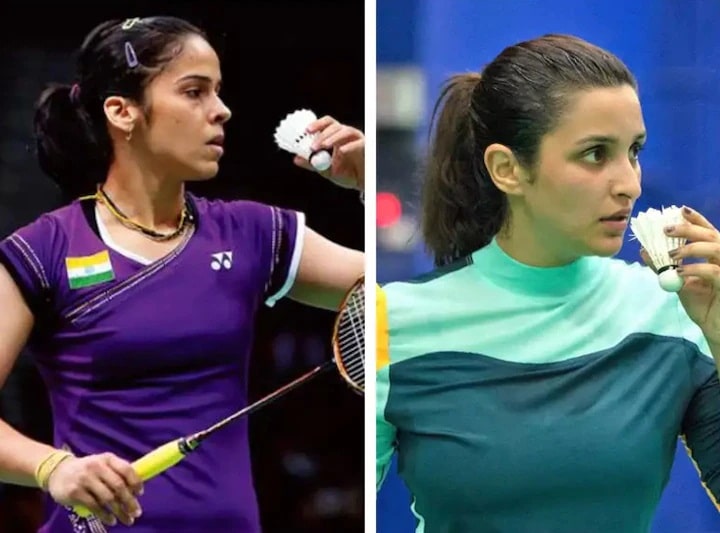 Saina Review: Sports and Emo are two sides of a coin. Writer-director Amol Gupte’s film Saina also carries the two together. In a game where there is a talented child, she has parents, coaches and even a little romance, on the other hand, the passion of the child, the hard work of the mother, the stubbornness of the coach, the toughness of the coach and some light-hearted moments too. Are here Saina, released in theaters today, has everything that happens in a sports biopic. The player’s temperament, his strong intentions, the ups and downs of life and ground, and ultimately his victory. However, there are some things in Saina that raise questions. Like having two children in a family, focusing all on one and pouring love. When number two comes to the ground of the girl, a slap on her cheek is why she could not come out on top.

Saina is the story of that badminton ‘lioness’, from which no one has ever been in the better shuttler country. Whose achievements made the country a ‘lion’ on the world badminton map. Which gave a tough fight to the strong China challenge and made a dent in its wall. Which became the inspiration of millions of girls and is still today. This biopic of Saina Nehwal, the world’s number one badminton player, is straightforward in a sense. Saina’s struggle on the court, with the parents’ hard work on them, keeping them in constant focus on the game and supporting them in every ups and downs, has come in the media many times before the film. Except for Saina’s feud with her coach Pullela Gopichand and her rivalry with PV Sindhu, there is nothing that has made unnecessary headlines. Amol Gupte has kept differences with Gopichand in the story, but he has progressed due to rivalry with Sindhu.

Saina is basically a motivational story. In which he is so focused that he has only one routine. Waking up, playing, sleeping and then doing the same. In this, the entry of boyfriend Kashyap (Ishan Naqvi) is sure, but the game does not divert his attention. When coach Rajan (Manav Kaul) takes objection to the affair, Saina clearly says that when Sachin Tendulkar got married at the age of 22, no one questioned his game. Coach Saina’s advertisement is also against working in films. These things lead to confrontation and estrangement between the two.

The character that emerges strongly in the film parallel to Saina (Parineeti Chopra) is that of mother Usha Rani (Meghna Malik). The insistence of the mother who plays badminton up to the district level itself, actually makes Saina the first player and then the champion. Although Saina’s father (Shubhrajyoti Bharat) has also been a badminton player, but the way Usha Rani’s character is seen here, it is true that the father is ‘Balraj Sahni of Do Bigha Zameen’. He is always seen saving Saina strictly with her mother and takes the advance from the amount of PF required for the middle class family so that she can buy a lot of shuttlecocks for the daughter. Nisha Kaur Bhatoy, who plays the little Saina in the film, impresses. He is a junior badminton player and both his acting and sports in the film leave a mark.

Saina’s life and achievements of playground MS Similar stories of Dhoni and Mary Kom have been coming to the people from time to time. Therefore, on the mention of those achievements in the film many times, only Saina’s face appears in front of you. These are the moments when Parineeti Chopra seems out of her character. It also seems that Shraddha Kapoor does not look very close to Saina in terms of face and height! Who was earlier to play this role. Despite this, it has to be believed that Parineeti has played this role well. He has worked hard to put the right shots on the court and take off Saina’s body language. This is the best character of Parineeti’s career so far. After Ishaqzaade (2012) and Shuddh Desi Romance (2013), she has been cast in a role. Meanwhile, he did such films, which only worked to increase the count in his career.

Amol Gupte added as many drama scenes to Saina’s biopic as were necessary to make the film. In this way, he does not allow the film to wander and turns Saina into a motivational story, making her the ‘daughter of India’. He filmed the court scenes accurately and retained the story. Amol works with children with special sensitivity, so the scenes of little Saina seem better than Parineeti at some places. The song-music of the film is going to narrate the story’s dream flight.