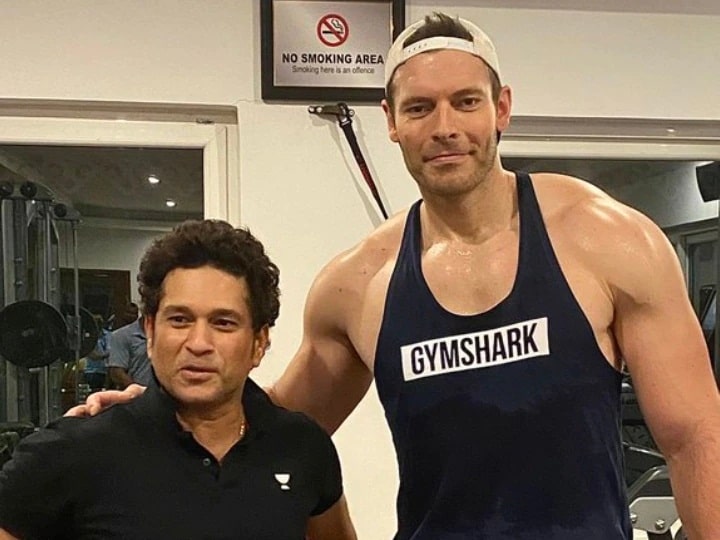 Former Indian cricket team batsman Sachin Tendulkar wants to build a body like former England fast bowler Chris Tremlett. Sachin Tendulkar, who is playing the Road Safety World Series in Raipur, shared a picture with England Legends fast bowler Chris Tremlett. While sharing the picture with Tremlett, Sachin tweeted and asked how many omelets would have to be eaten to make a body like a tremlet.

Earlier, while sharing a photo with Sachin Tendulkar, Tremlett wrote, “My all-time hero and new training partner”. Sharing the same photo, Sachin wrote, “How many omelettes do I have to eat to make a body like a tremblet?”

Tremlett has played 12 Tests and 15 ODIs for England

Chris Tremlett is part of the England Legends team

Significantly, Chris Tremlett is part of the England Legends team in the Road Safety World Series being played in Raipur. At the same time Sachin Tendulkar is leading the team of India Legends. Both have stayed in the same hotel and mostly do gym together.