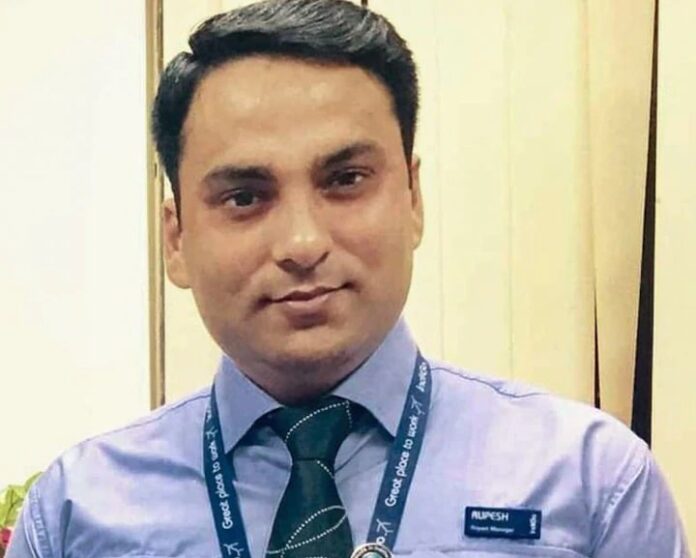 Patna: On Sunday, the family members of Rupesh met CM Nitish Kumar at his Patna status residence amidst the ongoing controversy following the revelations of the Rupesh murder case. Among those who met the chief minister were Rupesh’s elder brother, wife and children. During this time DGP of Bihar Police SK Singhal and SSP Upendra Sharma were also present on the spot. According to information received, the family members who met CM Nitish have not given any written application to get the murder case investigated by the CBI. However, he has appealed to CM Nitish for justice in the case.

Here, after meeting CM Nitish, Rupesh Singh’s elder brother, while talking to the media, said that what Patna Police has disclosed, it has been done at the behest of the criminal. We want the police to get to the bottom of this whole massacre and investigate the matter objectively. He said that we need justice now whether it gives Bihar Police or CBI.

Tejashwi Yadav made this charge

Let us know that Patna Police has given a theory about the famous Rupesh murder case of Bihar, the opposition is not ready to accept it. Therefore, she is constantly questioning the Bihar Police investigation and CM Nitish. Leader of Opposition Tejashwi Yadav has also accused CM Nitish Kumar of saving his favorite officer and leader.

Here, LJP President Chirag Paswan has already demanded Nitish Kumar to conduct a CBI inquiry into the entire case under the supervision of the High Court. At the same time, BJP MP Ram Kripal Yadav has also said that this is a very sensitive matter, it should be investigated properly.

What is the whole matter?

It is worth mentioning that on January 12, 2021, four bike-ridden criminals shot and killed Rupesh Singh, working as station manager at Indigo Airlines, in Patna’s Punaichak area. However, the police has disclosed the entire matter. The police claimed that Rupesh was killed in the road rage incident. At present, the police has arrested Rituraj, the main accused in this case, while raids are on for the arrest of three others.