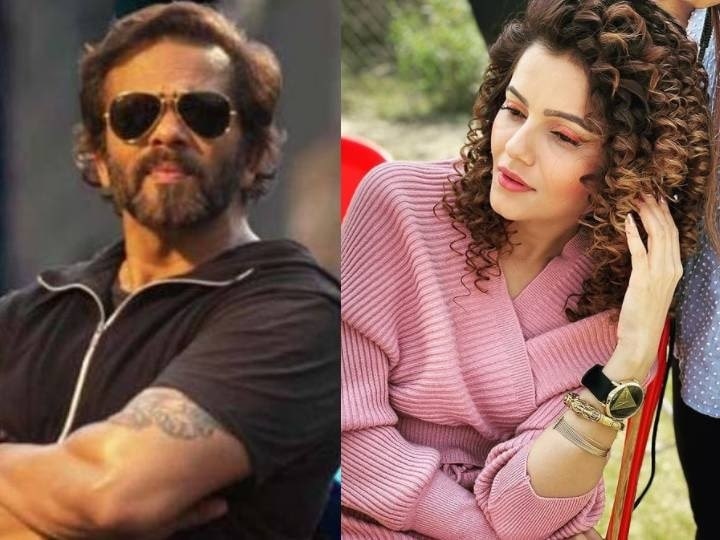 Rubina Dilike, the winner of Bigg Boss 14, has been spending quality time with husband Abhinav Shukla and friends since she came out of the house. He is very active on social media. She is sharing many pictures and videos on social media. Whose fans are very much like it. Meanwhile, she is busy working on her next projects. Many makers are approaching them.

Amidst so many projects, Rubina Dilaiak was offered an offer for the next season of Rohit Shetty’s stunt based reality show Khatron Ke Khiladi. This made Rubina’s fans very happy that she would be able to see Rubina again in a reality show. However Rubina has rejected it after much thinking. Rohit Shetty is going to bring ‘Khatron Ke Khiladi 11’ very soon.

According to the information received, Rubina does not want to go to any other reality show after winning reality shows like Bigg Boss. She wants to give herself a break and does not want to be a part of this stunt based show. It is also reported that along with Rubina, her husband Abhinav Shukla has also been approached for ‘Khatron Ke Khiladi 11’. However, it has not been clear whether Abhinav will take part in it or not.

Let me tell you that Rubina Dilayik is going to make a comeback in TV’s popular show ‘Shakti- Astitva Ke Ehsaas Ki’. He is very excited about this. He told that he got an offer to return to the show only after exiting Bigg Boss 14. Apart from this, many more projects of Rubina are also yet to come. Very soon a music video of him with Paras Chhabra is coming.

Rubina is enjoying the success of Marjania

Currently Rubina Dilaiq is enjoying the success of the recently launched music video ‘Marjania’. In this music video, she is seen dancing and performing with her husband Abhinav Shukta. This music video is sung by Neha Kakkar. The song was super hit as soon as it was launched and topped the trend list of YouTube.