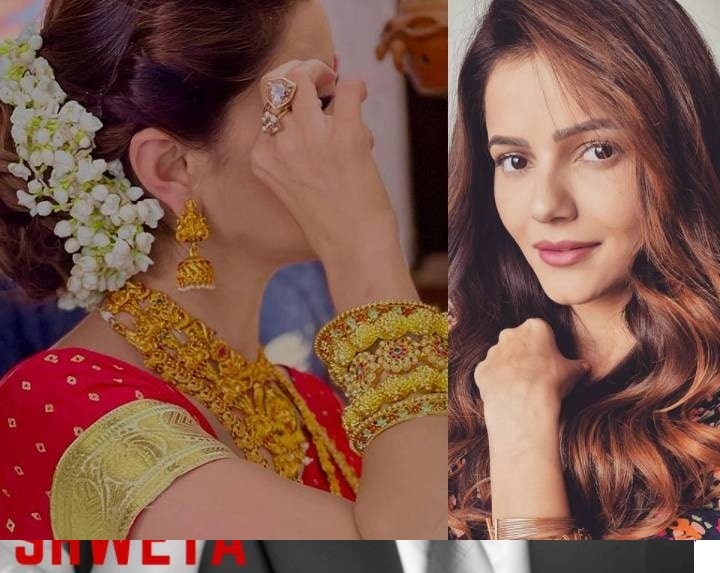 Rubina Dilike, the winner of Bigg Boss 14, has been spending quality time with husband Abhinav Shukla and friends since she came out of the house. Meanwhile, she is busy working on her next projects. He is very active on social media. She is sharing many pictures and videos on social media. Whose fans are very much like it.

Rubina can be a part of the second season

Through these pictures, Rubina Dilaiq has indicated that she can be a part of the second season of TV’s popular show ‘Shakti: Existence of realization’. In these pictures, Rubina is wearing makeup just like the show. Rubina is wearing jewelery. They have enlarged earrings in their ears, on which the idol of Goddess Lakshmi is built. He is also wearing large bracelets in his hand.

It can be seen in these pictures that Rubina is wearing a red colored blouse and the pall of the red colored saree is visible. However, in both these pictures, Rubina’s picture is not in full pose. Nevertheless, it can be guessed that she is looking very beautiful. While sharing the first picture, he has written ‘reviving’ and for the second picture, ‘reinventing’.

Rubina got a lot of love

Seeing these photos, people believe that Rubina can return to the show again. This show went on air in the year 2016. In this, Rubina played the character of Kinnar Bahu. It was well liked by the audience.