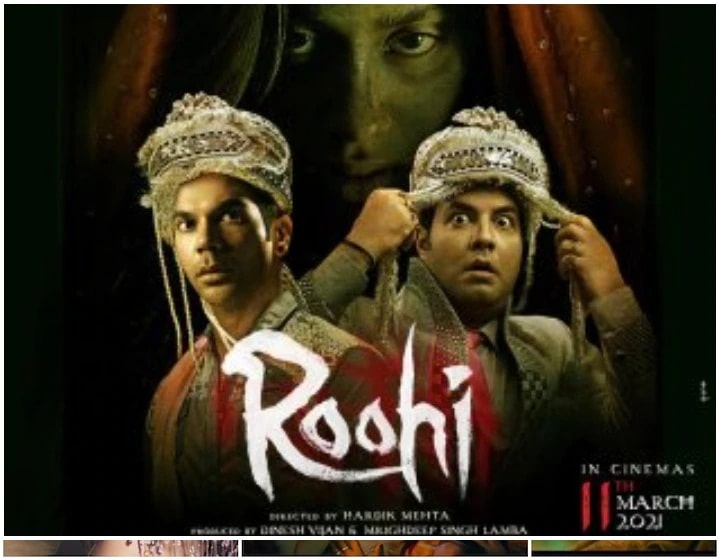 Films have started releasing in theaters after the lockdown. Jahnavi Kapoor and Rajkumar Rao’s film landed at the box office this month. The film has earned 12.58 crores in four days.

Released on March 11, the film got an opening of 3 crores. It earned 2.25 crores on the second day. On the third day, the film’s earnings figures increased and it earned 3.42. It earned 3.45 crores on Sunday on the fourth day. Overall, the film has earned 12.58 crores in four days.

Let me tell you that this film has been released on 2000 screens. It is a  horror-comedy film. It has been directed by Hardik Mehta. Apart from  Janhvi Kapoor, Rajkumar Rao, Varun Sharma is also in an important role.

In 2018, the horror-comedy woman was well-liked. It featured Shraddha Kapoor, Rajkumar Rao, and Pankaj Tripathi in the lead roles. The film was a hit. The woman was produced by the film Maddock. After the success of Stree, Madhiq Films once again announced Ruhi. Ruhi has received mixed reviews.

Giving this film two stars out of five, latestserialgossip wrote, “In this horror-comedy, there is no woman.” Even if there is no comparison, Ruhi is not worth the money. In fact, the story of the film is short, which has been stretched and stretched. The result is that the audience’s interest in the horror-turned heroine with the comedy and make-up soon disappears. ”