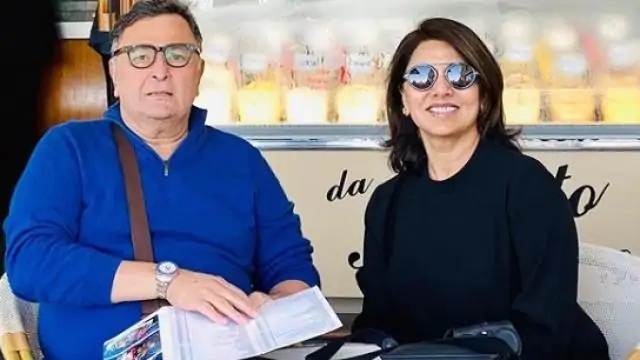 Neetu Kapoor became a part of the show in the Rishi Kapoor special episode of Indian Idol 12. A video of this is now going viral on social media in which Neetu Kapoor is seen sharing interesting stories about the late actor Rishi Kapoor. She appeared to be very emotional remembering the shooting of the song ‘Ek Main Aur Ek Tu’ with the late actor. During the show, the actress’s eyes became moist even after listening to her and Rishi Kapoor’s hit songs. At the same time, she became emotional after watching videos of her children.

The upcoming Indian Idol 12 episode featured a special episode this week, Rishi Kapoor, in which Neetu Singh arrived as a guest. Sony has shared a video related to the upcoming episode on social media, in which Neetu Singh is also seen praising all the contestants. Ranbir Kapoor appears in the video saying, ‘I remember my sister and I very well, when we were little, my mother admitted us to class to learn classical singing.’

Ranbir further says, ‘Those who were our Guruji came to my mother and said that I will be able to teach your girl to sing, but your son who does not have sound or rhythm, then you should enroll him elsewhere.’ At the same time, her daughter was seen saying in the video that mother you are the strong lady of our family. I love you very much We all love you.