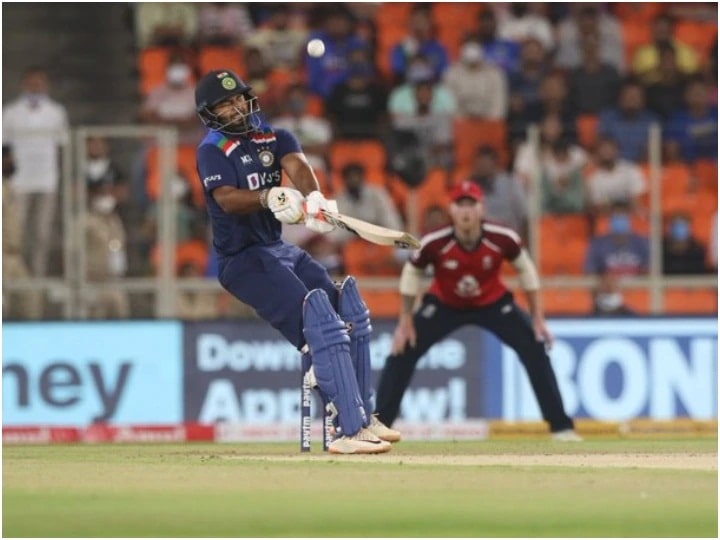 India vs England: India may have suffered a crushing defeat by eight wickets in the first T20 played in Motera, but India’s wicketkeeper batsman Rishabh Pant is getting much praise for a shot. In fact, in the fifth over of India’s innings, Rishabh Pant hit Joffra Archer’s extremely fast ball, playing a reverse sweep or reverse lap shot, all of them including Archer were surprised by this shot of Pant. The cricket world has become convinced of this amazing shot of Pant.

Former Indian cricketer Yuvraj Singh, known as Sixer King, has saluted Pant’s shot. He said, “This is the new generation !! Absolutely fearless! Reverse sweep or shot, I don’t know what to call it! But Rishabh Pant salutes you for putting such a shot to such a fast bowler.”

At the same time, former Indian veteran Wasim Jaffer said, “Put a reverse lap on James Anderson’s ball and hit a six with a reverse lap on Joffra Archer’s ball. This is the world of Rishabh Pant, we are just staying in it.”

Former cricketer VVS Laxman praised Rishabh Pant’s shot and said, what an incredible shot Rishabh Pant is. Taking the team ahead in this dangerous situation, like he did in the last few Tests.

At the same time, former English cricketer Kevin Pietersen tweeted and said, ‘Pant has just been played in cricket history so far. The best shot is played. Hitting Archer’s ball with a speed of 90 miles in a reverse sweep is really amazing.