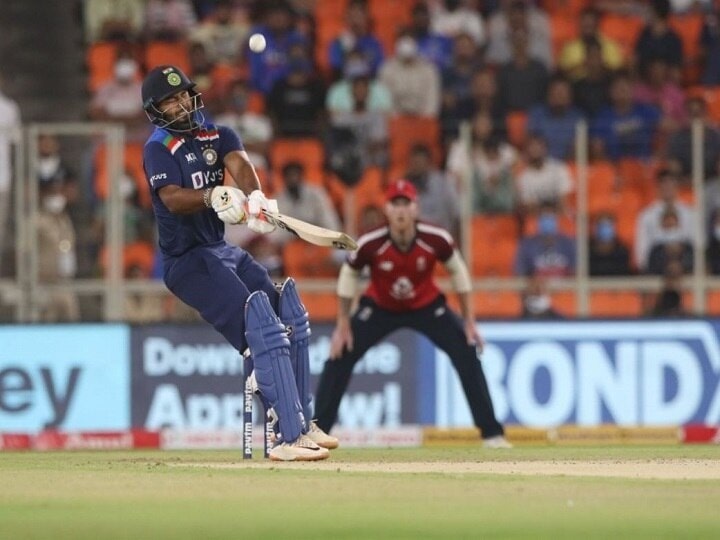 Ahmedabad: India’s debut in the first T20 International against England was very bad. KL Rahul, Shikhar Dhawan, Virat Kohli cheaply returned to the pavilion. Meanwhile, Rishabh Pant, who came to the crease, hit a six, doing a reverse sweep off the ball of fast bowler Jofra Archer. In praise of this shot of Pant, former English captain Kevin Pietersen has given a great response.

Let me tell you that in the first T20 match, England won the toss and decided to bowl first. India did not have a good start. Rohit Sharma has been rested in this match. In his absence, Shikhar Dhawan and KL Rahul started the innings.

The first blow to India was on the score of just two runs, when KL Rahul got out and made the pavilion. Captain Virat Kohli, who came after this, could not even open his account and was dismissed at zero. After this, Shikhar Dhawan was also out in a short time. India’s top order could not compete with English bowler Adil Rashid, Jofra Archer and Mark Wood.

After this, Rishabh Pant, popular among the public descended at the crease. Pant hit a fast ball from Jofra Archer in a reverse sweep for a six. After this, the commentator said that James Anderson will surely be breathing a sigh of relief, whose shot in reverse sweep on the ball was very much discussed.

Pietersen tweeted, ‘Pant has just been played in cricket history so far. The best shot is played. Hitting Archer’s ball with a speed of 90 miles in a reverse sweep is really amazing.

Let me tell you that before that Pant had hit a six in a sweep off the bowler of great James Anderson. His shot was also highly praised.