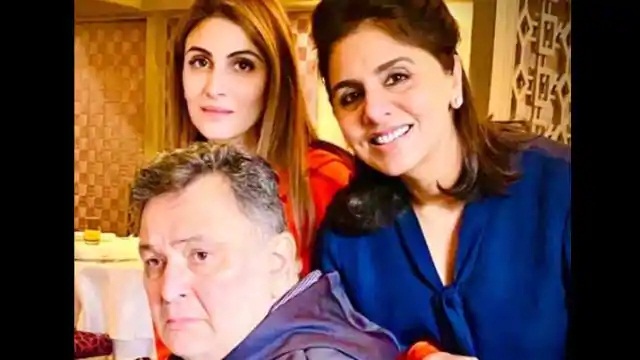 Bollywood veteran actor Rishi Kapoor died on April 30. In such a situation, his family misses him a lot. Today i.e. September 4, is Rishi Kapoor’s birthday. On this occasion, daughter Riddhima Kapoor shared pictures of father Rishi on social media. Along with this, he has written an emotional post. In these pictures, Riddhima is seen with father Rishi and mother Neetu Singh. Along with this, Riddhima has also shared her childhood photos with parents.

Sharing the post, Riddhima wrote, “Papa, they say that when you lose someone you can’t live without, your heart breaks badly.” But I know that you live in this broken heart and always will. I know that you are watching us and making sure that we are staying with the same value system that you gave us. ”

“You gave me a gift of mercy.” Teached me the importance of relationships and made me the person I am today. I miss you every day and will always love you. Happy birthday. ”

When sisters celebrated the success of Sushant Singh Rajput by blowing a note, see photo

Let us tell you that in the year 2018, Rishi Kapoor was diagnosed with cancer. He then underwent treatment for a long time in New York. During this time wife Neetu Singh was always with him. He then returned to India in September last year. In late April, Rishi Kapoor once again deteriorated and was admitted to hospital, where he took his last mother-in-law.