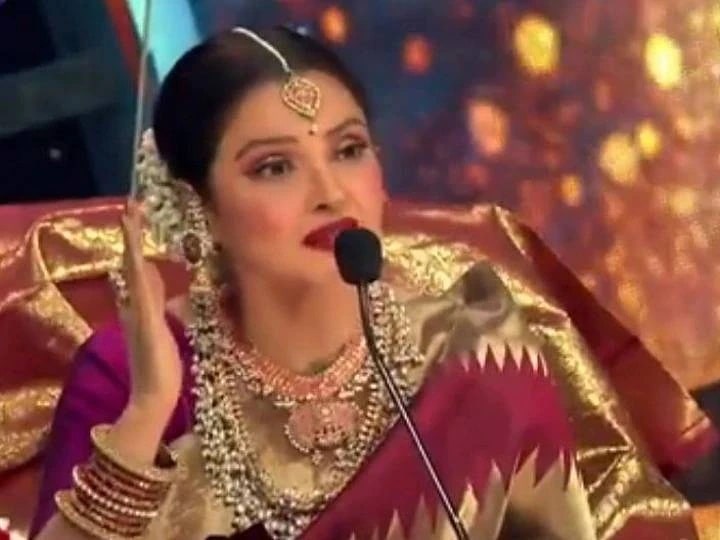 Popular actress Rekha is popularly known these days as Bollywood actress and ‘Mallika A Ishq’. She has arrived as a guest on the singing reality show ‘Indian Idol 2020’. From the entry of Makers Rekha to the clipping of their acts, dance and talk, they are sharing on social media. Sony TV recently shared a promotional video.

In this video, Rekha gave such an answer, which the judge and audience all got surprised and laughed about the host of the show. In the beginning of the video, the show’s host Jai Bhanushali says, “Rekha ji and Nehu (Neha Kakkar) have you ever seen how crazy someone is getting for someone else, that too for a married man.”

The line says, “Ask me, won’t you?” Jai surprisingly says ‘yes’. Rekha then says, “I didn’t say anything.” After this, Jai opens his mouth with surprise and starts jumping and laughing. At the same time, the judge of the show Vishal Dudlani stands up and starts clapping. Neha Kakkar laughs looking at Rekha with surprise.

See here the answer to the line-

During this time, the expressions on the face of the line are worth seeing. Then Jai says, “This was Sixer.” Then the contestants present there and their parents and audience also stand up and clap and laugh out loud. Sharing this video, Sony TV wrote, “Rekha ji’s answer to the question of love for Idol Sayli hit Sixer.”

Dance on the show
Earlier, the makers released Rekha a video. In this video, Rekha reached the show and danced. Rekha performed a very beautiful dance and had a lot of fun on the song ‘Nigahaon milne ko jee chahta hai’. Rekha also praised the contestants. Mohammad Danish even went so far as to say that he had a masterpiece.