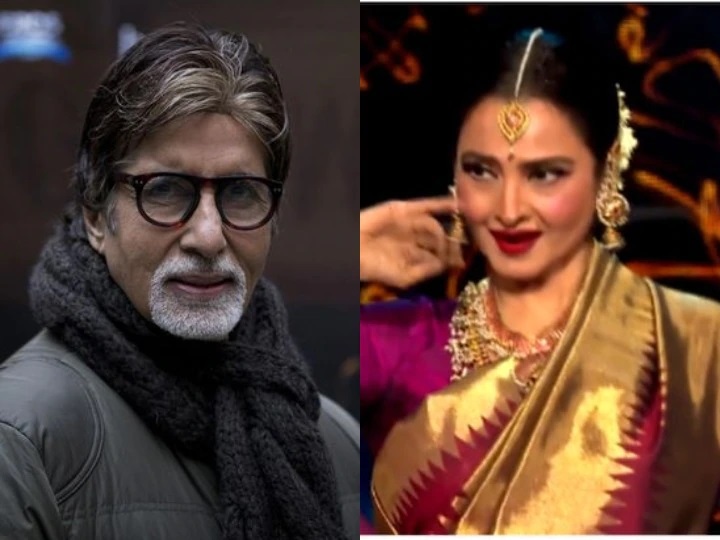 Bollywood actress Rekha often remains in the headlines for her unique style. Even though he has been away from films for a long time, his stardom among fans is the same today. Rekha’s fans are in crores. They are desperate to get a glimpse of Rekha. Rekha also shares experiences with fans from time to time through social media. Recently, a video of Rekha is going viral very fast. In this video, Rekha stands inadvertently behind a picture of Amitabh Bachchan, after which his reaction is made. It is said that Rekha and Amitabh had been in a relationship for a long time. However, later Amitabh married Jaya Bhaduri.

This video going viral is from the year 2019. This year Rekha came for a shoot with famous photographer Dabboo Ratnani. During this, she stood in front of a picture of Amitabh Bachchan in an overlook. When Rekha looked back, there was a picture of Amitabh there. On seeing the picture of Rekha Amitabh, she went away from there. This reaction of Rekha once again intensified her discussion on social media. This video is now going viral very fast on social media.

Rekha also recently reached the stage of the singing reality show ‘Indian Idol-12’. During this time, when a contestant went to sing a song filmed on Amitabh Bachchan, Rekha rose up happily. Rekha gave the gift of 2-2 thousand notes to the participant. This video is also becoming very fast on social media. Rekha looked very happy during the show. He also gave gifts to the rest of the contestants. This style of Rekha is winning the hearts of her fans.