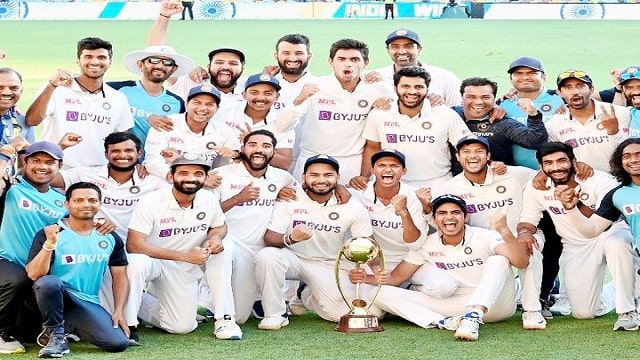 India’s victory in Gaba is not just a victory, it is also the story of the spirits of the characters who have never given up on the situation. T. Natarajan, Mo. Siraj, Washington Sundar, Navdeep Saini and Shardul Thakur are Gaba’s heroes. Not only in the field, in real life too, these people have challenged their own abilities with the ground. You can also read the real life story of these 5 Gabba brothers…

1. Mo Siraj: Did not come home even on father’s death, because he had to fulfill his dream

Mohammad Siraj lost his father before the tour of Australia started, but his father’s dream was that the son play for the country. The BCCI had approved Siraj to return, but he did not return to India to fulfill his father’s dream. Siraj’s father was a rickshaw driver. He was the leading bowler in the Brisbane Test (GABA).

Siraj had said during an interview, ‘Dad used to give me 70 rupees of pocket money. Of this, 60 rupees went in petrol. After that he increased my pocket money by 10 rupees. I was the third highest wicket taker in the Ranji Trophy in 2017. After that Bharat Arun sir came into my life. It changed my life. I was selected in the Sunrisers Hyderabad team and my dream of playing in the International League came true. Sunrisers bought me for 2.6 million rupees.

2. Washington Sundar: Weakness did not let the ability come in the way

Washington Sundar, who scored 4 wickets and 84 runs in the debut test, did not have an easy journey. At the age of 4, Sundar’s father came to know that the son could hear with just one ear. After wandering in many hospitals, it was found that this flaw could not be overcome. However, the flaw never came in the way. In a game like cricket, he had to face trouble, but eventually he became a successful cricketer. He has also made his place in the Test team after India’s T20, ODI.

The name of this cricketer is also interesting and the story of being named so. His father M Sundar had said in an interview that the son was named after his godfather. He had told, ‘PD Army retired from Army lived near our house. He himself was fond of cricket and he loved my game too. He used to come to see our every match. Our relationship deepened from here. They used to buy uniforms for me, pay school fees, bring books and take me to the ground on bicycles. Always encouraged. ‘

M Sundar had said that PD Washington was most happy when I got selected in Ranji’s probable team. She died in 1999 and the same year the son was born. We are Hindus, but before the birth of my son I had decided that I would name him after PD Washington, who did a lot for me. This is how the son was named Washington Beautiful.

3. T. Natarajan: Became father in IPL, but still could not meet daughter

Lum Worker’s son T Natarajan never had the money to buy cricket kits and shoes. For many years Natarajan used to think a hundred times before buying new shoes. During the IPL, Natarajan became the father of a daughter, but could not go to see her. At that time he was playing IPL in UAE. He then left for Australia directly. So far he has not been able to meet his daughter.

4. Navdeep Saini: Came to see the practice, the fortunes were reversed from here

Navdeep Saini is from a poor family. His father was a government driver. Navdeep did not even have sports shoes. For money, he started playing in small tournaments. Navdeep used to earn Rs 300 from the exhibition match. He started making an identity with his game.

Navdeep used to be happy when he saw photos of legendary players like Gambhir and Sehwag in the newspaper. Once he had arrived to watch the practice of the Delhi team. From here, his luck was reversed. Sumit Narwal became a fan of Navdeep’s bowling during the Karnal Premier League. During the practice in Delhi, Sumit got Navdeep to meet Gambhir. After watching Navdeep’s bowling, Gambhir included him in the Delhi team. After this Navdeep never looked back.

5. Shardul Thakur: Won obesity, did not look back after IPL