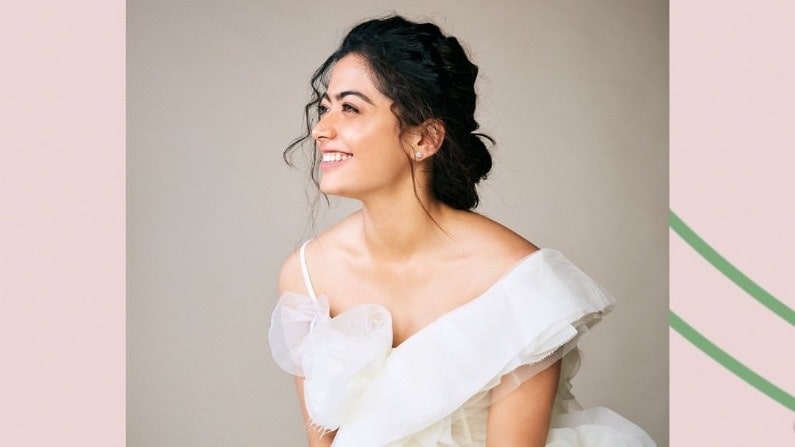 The list of lovers of South’s beautiful actress Rashmika Mandanna is very long. Actress Rashmika Mandana, popular as a national crush, is now going to be seen in Bollywood to spread the magic of her acting. Rashmika is going to enter the film in ‘Mission Majnu’ in Bollywood. Everyone’s eyes are still on this film, the reason is Rashmika. Now recently, the actress has shared a glamor-filled photo of her, which has become popular among fans.

Rashmika Mandana’s film Mission Majnu is being produced by RSVP and Guilty by Association. Siddharth Malhotra will be seen in the lead role in the film along with Rashmika. Now a very special photo of the actress is enveloping the fans.

Recently Rashmika has shared a photo on her Instagram. In which the glamorous style of the actress is being seen by the fans. In the photo you will see that the actress is seen wearing a very stylish dress in white color.

The actress looks very cute in this photo. You can see the smile in the photo on Rashmika’s face. Rashmika is known for her smile and she is giving proof in the photo as well. While sharing the photo, the actress has written that you make my heart smile – everyday!…

Rashmika is going to do a Bollywood blast through Mission Majnu. In this film, the actress is playing the role of a RAW agent who goes to Pakistan to execute a secret mission.

Recently, the actress has informed the fans that the shooting of the film has started. While sharing the post, the actress has written on Instagram that I am once again excited and nervous due to Mission Majnu, in addition to this I am having a debilitating feeling. I am so thrilled that I am a part of this film.

Rashmika is running between Mumbai and Hyderabad to prepare for Mission Majnu and other Bollywood projects. Due to which he has now discovered his new address in Mumbai. Now the actress will be able to live here in Mumbai comfortably. If the close of the actress is to be believed, Rashmika has brought some lovely things from her Hyderabad house to her new home in Mumbai, to give this place more homelike feeling.

Let me tell you, before that whenever the actress used to come to Mumbai, she used to stay in the hotel. But Rashmika was so impressed with Mumbai that she bought a flat here. At the same time, the release of South’s superstars Allu Arjun and Rashmika Mandana’s film Pushpa was announced. The film will be released in theaters on August 13. Its writer is director Sukumar. The film will be released in Telugu, Tamil, Hindi, Kannada and Malayalam languages.

Apart from Allu Arjun, Rashmika Mandana, Dhananjay and Sunil will be seen in this film. Its producers Maithri Moviemakers and Muttamsetti Media are co-producing it, Music Devi Sri Prasad is giving his music. This Allu Arjun starrer tells the story of smuggling of red sandalwood in the hills of Andhra and the ongoing connivance for it. The story of this film tells a person who is immersed in his greed.