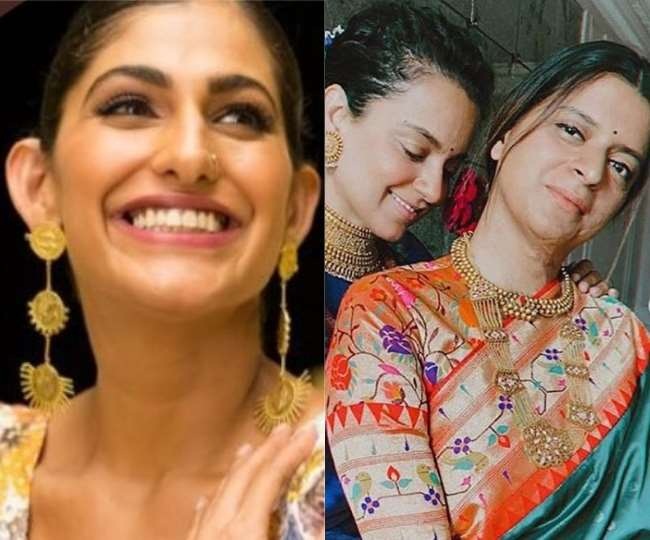 A few days ago Kangana Ranot was provided with Y-Plus security. The news went viral on the internet. On this, the web series ‘Sacred Games’ actress Kubra Sait asked if she was paid with her tax money. Will be done. Now Kangana’s sister Rangoli Chandel while answering has asked her how much tax she pays. Kangana arrived in Mumbai on Wednesday and returned to Mumbai after spending lockdown time in Himachal Pradesh.

Before coming to Mumbai, Kangana has been provided with Y-Plus category security from the Union Home Ministry due to the ongoing war of war with Shiv Sena leaders. Kangana thanked Union Home Minister Amit Shah on this. After this, Kubra tweeted and asked if Kangana’s security will be paid from her tax money. To this, Kangana’s sister Rangoli Chandel has now replied.

Kubra Sait had tweeted, ‘Is it being paid from my tax?’ In another tweet, replying to a social media user, Kubra also wrote that she cares if it is for ‘atrocities perpetrated on them’. Now Kangana’s sister Rangoli Chandel retaliated on Kubra and asked how much tax she paid.

Rangoli Chandel has asked this question by sharing a news article made about Kubra’s comment on his Instagram. Rangoli wrote, ‘Just asking curiosity, how much tax have you paid?’

Meanwhile, as BMC vandalized Kangana’s office in Mumbai in his absence yesterday, Kubra has condemned it. Significantly, in the meantime, many people are openly speaking in favor of Kangana Ranot in Mumbai. Kangana is a Bollywood actress and she has worked in many films. Kangana constantly talks about social topics.