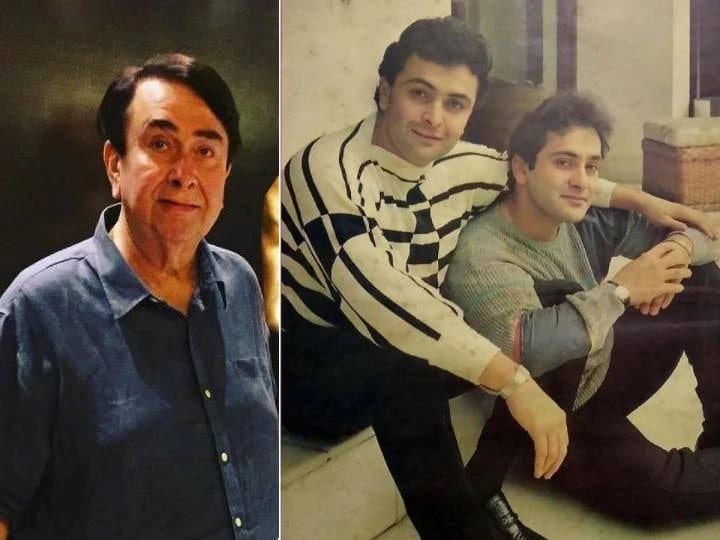 The last one year was very painful for Bollywood’s Kapoor Parivara, as he lost two of his family’s brightest gems, Rishi and Rajiv Kapoor. Rishi Kapoor died on 30 April while Rajiv Kapoor died on 9 February this year. Recently, Randhir Kapoor became emotional while remembering his two younger brothers.

Randhir Kapoor shared a throwback picture. This picture is from the days of Rajiv and Rishi Kapoor’s youth. In this picture, Young Rishi Kapoor is posing for the photo by placing his hand on younger brother Rajiv Kapoor’s shoulder. Sharing this picture, he told how much he misses both brothers and will always remember them. He also hoped that both of them will be very happy wherever they are.

This message written with a picture

Sharing this picture, Randhir Kapoor wrote, “I will always remember my dear brothers. I hope that both of you will be happy wherever you are”. On this post of Randhir, fans of Rishi Kapoor and Rajiv Kapoor are also commenting and remembering them. Randhir’s nephew Armaan Jain also commented on this post and remembered both the stars.

Not only family members, even Randhir’s fans consoled him. One fan wrote “Stay Strong Sir”. Another fan wrote, “They must have reached peace between God and their angels.” Another fan wrote, “You are a lovely person. I remember that you came to visit my daddy in the hospital during your last few days. I always wish you and your family to make him happy and despite being such a big celebrity All the best for coming to Chembur Hospital. Thank you sir. ”